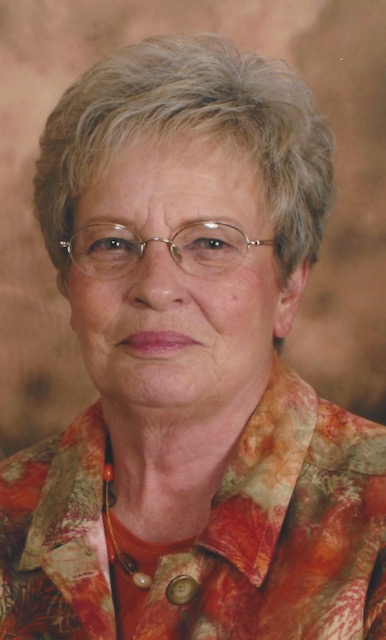 Our beloved mother, Yvonne Christensen Fawcett, passed away July 29. 2020. She was born May 13, 1936 in Brigham City to Aaron and Hortense Christensen. She entered this world a fighter, weighing only 2.2 pounds. She was given a blessing in the hospital as they feared she would not survive, however after 3 months, she was able to go home to her family. She grew up in Brigham City and North Ogden.


Mom was a graduate of Odgen High School. After graduation, she was able to put herself through secretarial courses at Stevens Henegar. Upon graduating, she worked at Hill Field AFB.
Mom and dad met on a blind date and were married in the Salt Lake City Temple on June 22, 1956.


They welcomed their first daughter, Lynne, while they were living in Layton, then moved to Henefer where they welcomed Kent and Connie into their family. Mom loved Henefer and the people there and the people of Henefer loved her. She was active in the ward and held many positions over the years.


After working for several years in the Ogden area, she was hired at Devil’s Slide Cement Plant and retired in 1996.


Mother loved music and she loved growing flowers in her garden. She played the cello in high school and she could also play the piano beautifully. Every Saturday morning she would listen to music while she completed her house work.


Mom had a large extended family and was especially close to her cousin, Jean Facer. Our families spent many summers camping together in Idaho.
Our mom was a wonderful cook. She also knew how to can and she spent many hours bottling fruit as well as jams, pickles, even salmon and deer. We always had a full pantry to get us through the winter.


Mom was preceded in death by her husband, Richard, of 57 years, her parents, and her brother, Tommy. There is a wonderful reunion in heaven as mom is greeted by our father, her parents, brother, as well as extended family and friends. She is survived by her children, Lynne (Howard) Fishman; Kent, Connie (Dennis) Rees; eight grandchildren and eighteen great-grandchildren.

We have so many people we would like to recognize that has helped us watch over mom and keep her in her home as long as her health allowed, Encompass and Corey Ann and the doctors and nurses at McKay Hospital for the loving care they gave our mother.

A special thanks to her cousin, Deon Ferry, whom she had a very close bond with. Also, a special thanks to Thad & Tiffany Jones and their family, Everett and LaNae for being special neighbors, and for Trudy Toone for being mom’s ray of sunshine and whose friendship mom cherished.

There will be a private family viewing and a graveside service on Saturday, August 1st. She will be laid to rest next to her husband Richard in the Henefer Cemetery.

To order memorial trees or send flowers to the family in memory of Yvonne Fawcett, please visit our flower store.