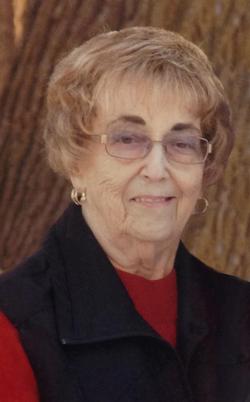 COALVILLE – Wilma Jean Nelson Dawson passed away peacefully on October 14, 2014, at the University of Utah Hospital following multiple illnesses.  Wilma was born on February 10, 1937 in Nampa, Idaho, to Cecil and Mary Nelson.  They later moved to Coalville, Utah, where she graduated from North Summit High School.  She also attended Brigham Young University for two years.

She married her high school sweetheart, Kenneth E. Dawson, of Henefer, Utah, on September 20, 1957 in the Salt Lake LDS Temple.  Together they made their home in Coalville, where they worked together on their farm.  She also found joy in working at the bank.  As a member of the LDS Church, Wilma served in many different callings throughout her life.  However, Wilma’s greatest joy was being with her children, grandchildren, and great-grandchildren.

Wilma is survived by her husband Kenneth of 57 years.  Four children: Mark (Paula) Dawson of Evansville, Indiana; Jana (Craig) Ross of Coalville, Utah; Mariann (Lonnie) Marchant of Peoa, Utah; and Neil (Lonnie) Dawson of Upton, Utah; 18 grandchildren and 18 great-grandchildren.  She is preceded in death by her parents.

The Dawson family would like to thank all those who lovingly cared for Wilma during her time of need.

To order memorial trees or send flowers to the family in memory of Wilma Dawson, please visit our flower store.