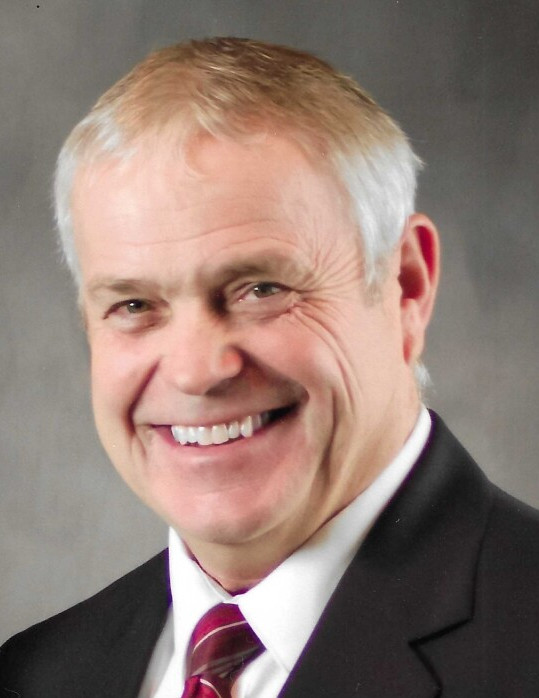 William "Darwin" Robinson passed away August 12, 2022 at the McKayDee Hospital, due to complications following a Heart Attack.

He was born January 31, 1953 in Coalville, Summit, Utah the 8th child of Ted and Annie Robinson. At the age of 4 Darwin was diagnosed with Perthes Disease. Due to this he wore braces connected to his shoes, which kept his feet apart the width of his hips for 4 years.

He and his siblings learned the value of hard work on the family farm. Because of that, he developed a great love for machinery and eventually owned various John Deere Tractors, a Dozer, and several Backhoes. He learned to operate each of them with skill, and loved to “play” on his machines.

He was blessed with very sensitive hearing and had a great love for  music. He learned to play several instruments, but especially loved to play vinyl records and later CD's on quality stereo equipment. His hearing was acute enough he could hear all the notes each instrument played. He always said you could only hear it best when it was played loud. It was tradition on Christmas morning for him to play, as a wake up call, the Mannheim Steamroller Christmas Album.

Darwin graduated from North Summit High School in 1971. With the Vietnam War still raging, he enlisted in the Air Force Reserves. He had a desire to learn AirCraft Mechanics. Instead he was assigned to the Communications Division, due to his ability to type fast with accuracy. He could out type the Teletype Machine and the keys would lock up. He would then have to  sit and wait until it caught up with him. He served 6 years in the Air Force Reserves with Summer camps spent in Utah, California, and England.

He married his wife Wendy in the fall of 1972. They made their first home in Salt Lake City, but soon began to miss the countryside and moved back to Coalville. He and his wife raised a family of 4 children, two boys and two girls. They have 21 amazing grandchildren. He supported his family working for Questar Gas for many years as a Service Tech.

He and his wife served a mission at the Park City Family Tree. There they had the opportunity to speak with people from 45 different countries. He held multiple callings in his home ward and stake. Which included: Primary Teacher, Blazer Leader, Elders Quorum President, and High Priest Group Leader.

Throughout his life Darwin struggled with chronic allergies and over the years he endured 15 surgeries. Following his last back surgery, he lived with constant chronic pain, which became debilitating.

Interment will be in the Coalville City Cemetery.

To order memorial trees or send flowers to the family in memory of William "Darwin" Robinson, please visit our flower store.