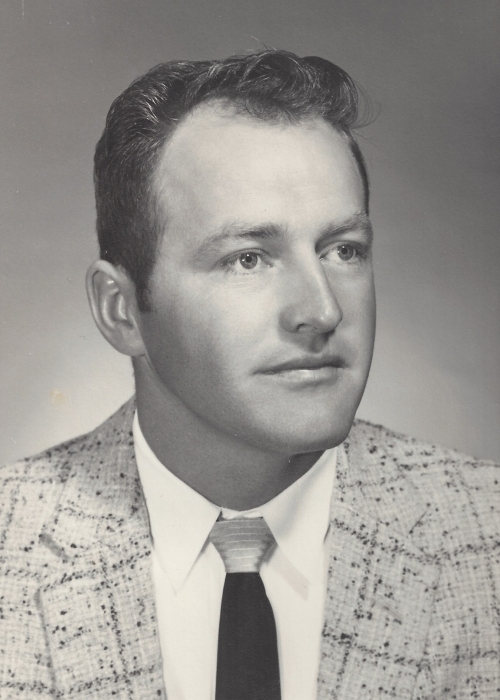 He was born June 24, 1933 in Lovell, WY to Howard and Maud Holyoak. After graduating High School as Valedictorian, he volunteered for the draft and served two years in the U.S.  Army.  He then attended college at the University of Wyoming where he earned a bachelor’s degree in Civil Engineering, graduating with a 4.0 GPA. He married JoAnne Wardell on November 3, 1956. Their marriage was later solemnized in the Salt Lake Temple.  After working 27 years with the phone company, he took an early retirement and founded Mountain Engineering where he found his true passion and most enjoyed working with the local people in the community.

William was an active member of the LDS Church and served in various positions in ward and branch organizations including Bishop, seminary teacher, Ward Clerk, Bishopric member and recently served an LDS Mission at Eccles Park Ward in Ogden, UT. Bill strived every day to live the principles of the Gospel and always had the courage to do what was right.  He took great joy in helping others through difficult times and has been an inspiration, shining example and leader to his family and friends. He truly made a positive difference in the lives of many others.

William is survived by his wife and their five children; two daughters:  Jill (Roger) Carrigan of Morgan, Dianne (Bart) Porter of Morgan, three sons; Kirk Holyoak of Selah, WA, Kris Holyoak of Campbell. CA,  and Jess (Stacey) Holyoak of Morgan, UT;  also by 16 Grandchildren, 17 Great Grandchildren, one sister, Patricia Welch of Keiser, OR, one brother, Wayne Holyoak of Rosette WY. He was preceded in death by one daughter, his parents, four brothers and two great grandsons.

To order memorial trees or send flowers to the family in memory of William Holyoak, please visit our flower store.