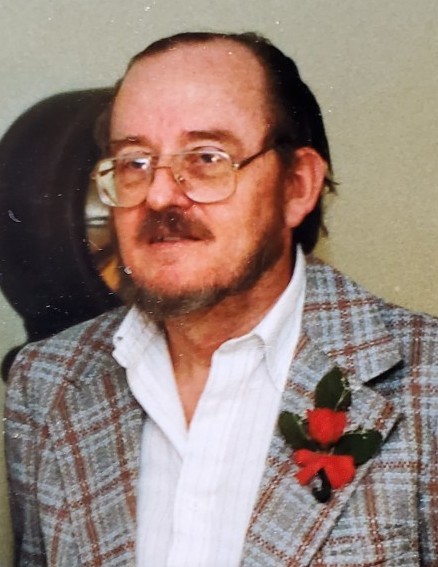 Wayne Wilson, our loving father, grandfather and friend, returned to his Heavenly Father December 25, 2020 at Manor Care of South Ogden.

He was born January 8, 1932 to parents Thornel Wilson and Verna Barker who lived in North Ogden Utah. He grew up in North Ogden, then, at the age of 16 his family moved to Anchorage, Alaska in December 1948. While he was in High school, he worked for the USGS on a surveying job, above the Arctic Circle.

Because of the Korean War, He enlisted in the Navy for 4 years during the Korean War from 1952 to 1956 where he received an honorable discharge. While in the Navy his boat's home port was Newport Beach, Virginia and he was present at the 1953 presidential inauguration. His tour of duty included Italy among other ports in the Atlantic.

He attended the University of Utah where he received a Bachelors of Electrical Engineering. After graduation he was employed by The Boeing Company in Seattle, Washington to work on the communications system for the Minuteman Missile system. He then moved to Los Angeles, CA, as a Boeing Engineering Representative at the Hughes Aircraft Facility. He then moved back to Utah where he was employed by Utah Power and Light, Beehive Electronics, and in 1980 he worked as an engineer at Hill AFB until his retirement.

Wayne learned to ski while at the University of Utah and he enjoyed skiing for many years. He learned scuba diving at Puget Sound in Washington and enjoyed diving in southern California where he lived near the beach. He enjoyed the sport of golf and collecting golf clubs.

Wayne was an intellect and enjoyed thought provoking games such as chess, bridge, poker, pinochle among many other board games. He had a goal of becoming an inventor. After his retirement, he frequently visited senior citizen events both when he was living in Clearfield and Morgan. He looked forward to eating at “All you can eat Buffet” as well as other activities.

Wayne was a lifetime member of the Church of Jesus Christ of Latter Saints. He married Jo Lynn Norberg in February of 1965, then, later divorced.  He is survived by his children Anne (Tom ) Calvert; Elise Presser; Sara (John) Doyle; and Ali Karen (Marc) Melaina; sister Bonnie (Tom) Sowder; brother Vern (Claudia) Wilson; and his eleven grandchildren. He is also survived by his nephew John and his wife Tiffany Sowder, who Wayne was blessed to have as his caretakers for the last 20 years.

A private graveside service will be held on Thursday December 31, 2020.

Livestreaming of the service will be available. See bottom of Wayne’s obituary page on www.walker-mortuary.com

In lieu of flowers, please donate to your Local Deseret Industries where Wayne spent most of his time.

To order memorial trees or send flowers to the family in memory of Wayne Wilson, please visit our flower store.