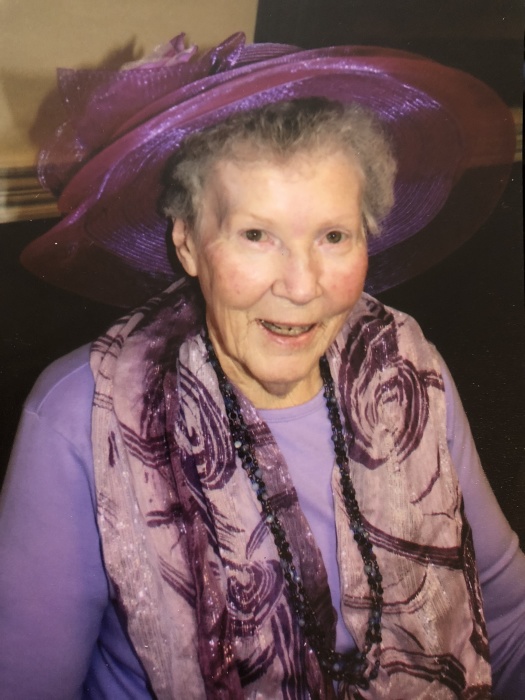 Velma Robison Nicolls, of South Ogden, passed away December 22, 2017.  She was born December 17, 1924, in Stoddard, Morgan County, Utah, daughter of George Melvin Robison and Alice Jones.  She was educated in the Morgan City schools and worked for the U.S. Air Force in Guam, Hawaii, and Hill Air Force Base until she retired.   She married Alven H. Nicholls who preceded her in death.   She was an active member of the Church of Jesus Christ of Latter-day Saints and served in many positions.

Velma liked to dress nice and go out.  She liked to give to people.  She was known for her habit of giving candy to everyone.  She was preceded in death by her parents; three brothers, Roland, Earl and Ervin; two sisters, Veula Zondervan and Ina Jones; and is survived by a sister, Edna (Robert) Haws.  She is survived by step-children Kearlee A. Wright of Soldotna Alaska, and Ranae Vanthiel of Oregon.

The family would like to thank Legacy House of Ogden for the l0 years of excellent care of Velma.

Condolences may be sent to the family at walker-mortuary.com.

To order memorial trees or send flowers to the family in memory of Velma Nicholls, please visit our flower store.