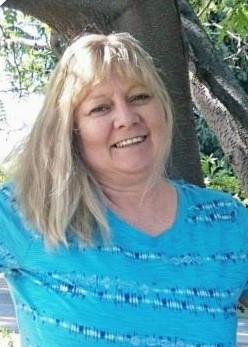 Our mother, grandmother, sister, friend, and neighbor, Toni Rae Roseman Call, is loved and will be greatly missed by us all.  On Thursday, March 25th, 2021 she unexpectedly crossed over to meet her family and friends who have passed from this life to the next.  Toni was born December 25, 1961 to Guy Henry Roseman and Carla Lucille Robison and was a member of the Church of Jesus Christ of Latter-Day Saints.  She was the middle child with an older sister Tori and younger brother Burke.  She grew up in Morgan where she went to school and made life-long friendships.

As a child she was always doing gymnastics and tumbling. Summers were filled with night games with the neighborhood kids and even a few garden raids.  Lucille often spoke of Toni’s amazing track skills back in high school. She told us many times that people said she ran just like her dad, who was also a track star.

Toni was first married to Brad Saxton and they had a beautiful daughter, Sheryl Saxton.  They were later divorced and she married Kelly Call.  Together they had another amazing daughter, Shannon Call and shared step-daughters, Sidney Cottle & Angie Davis, with Paula Andrews. Later their family adopted another daughter, Destiny Call. Destiny brought new energy and life to the whole family. This adoption added many family members who also are a loving part of Destiny’s life. Especially the Crowson family: Amber, Casey, Lori and Marty, who had become important people in Toni’s life.  She had recently found new love in Dean Farley, who had planned to propose before her untimely death. He and his family accepted her immediately as part of their family.

Toni worked at many places as a cook, clerk and was a co-owner of The Hole in Morgan. Her most recent employer was the IRS, where she had made new friends.  Many of her summer days were spent outside sleeping on the trampoline, swimming in the pool, and getting family together for BBQ’s. She loved watching movies, having sleepovers, quilting, and shopping. She hosted many of our family parties for holidays and birthdays. She loved having her family around her. She also opened her home to all manner of creatures: dogs, cats, rabbits, lizards, hamsters, and fish.

Toni loved becoming a grandmother.  She was blessed to have two grandchildren - a grandson Everett Lucas Skidmore, born of Sheryl Saxton and Brandon Skidmore, and granddaughter Athena Lucy June Call born of Destiny Ann Call. She video-chatted with Athena multiple times per week, as they reside in Florida.

Toni is preceded in death by her parents Guy and Lucille, a beloved aunt June Robison, her sister Tori, and grandson Everett. A graveside celebration of life will be Friday, April 23rd, 1:00 p. m. In case of inclement weather the services will be moved to Walker Mortuary 45 West 200 North Morgan, Utah. In lieu of sending flowers, please consider a donation to www.diabetesresearch.org/give

To order memorial trees or send flowers to the family in memory of Toni Call, please visit our flower store.