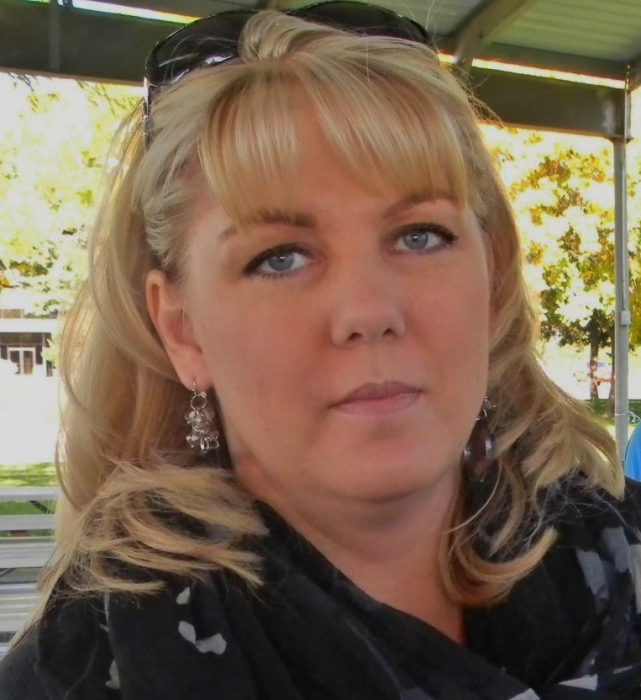 Tiffany Lynn Wright Roberts, 45, of South Weber, Utah was reunited with her Dad and Grandparents on March 13, 2016.  She is now in the loving hands of our Lord and Savior Jesus Christ.

Tiffany was born January 29, 1971 in Ogden, Utah, daughter of Glen Terry Wright and Lynn Orton Boyce. She grew up in Morgan, where she participated in many beloved activities such as Horse 4-H and Dancing. She graduated from Morgan High School in 1989.

Tiffany attended Weber State University graduating with a Bachelor’s Degree with a double major in Social Work and Gerontology in 1994. In 1997, Tiffany met Charles “Chaz” Forrest Roberts and they were married June 20, 1998. Tiffany continued to further her career goals by returning to Weber State University and graduating with a nursing degree in 2003. In 2004, Chaz and Tiffany welcomed a daughter, Mackenzie Lynn Roberts.

Tiffany worked at several nursing homes over the extent of her career. She spent 15 years at her favorite job with Futures Through Choices, Inc. where she had the opportunity to serve individuals with developmental and physical disabilities. During her career, Tiffany was very fortunate to have many great mentors, but wanted to make sure her greatest mentor, her boss of 15 years, Jerry, knew how much he guided and taught her to become the best she could be.

Tiffany loved helping other people, particularly those in need. She had a great respect for her elders, and loved her two Girls, and Grandsons more than anything. She had a passion for dogs and horses, and loved music.

Tiffany felt blessed to have such a big, mixed family filled with love. She encouraged her girls to make every day count, to do one thing daily no matter how small to celebrate what beautiful people they are. She wanted her Daughters and Grandsons to know exactly what her Dad taught her before his passing, keep life simple, be true to yourself and remember ”family is all we really have that matters”.

The family would like to send their sincere thanks, appreciation, and love to Dr. Hoffman and the amazing team of nurses Chandler, Ryan, MJ, Cory, Crystal and the Intermountain Donor Services team who cared for her at McKay Dee Hospital. As a family we have never met a more caring bunch than these people. We hope you all know how much your sincere words and gestures meant to us.

Funeral services will be held, Saturday, March 19, 2016 at 11 a.m. at the Milton Church, 1255 N. Morgan Valley Drive, Milton, UT.  A viewing will be held from 9 to 10:45 am at the church. Her request was to be buried as close to her Dad as possible and near the mountains she spent a lot of time riding her horse on as a child. Interment, Milton Pioneer Cemetery.

To order memorial trees or send flowers to the family in memory of Tiffany Roberts, please visit our flower store.