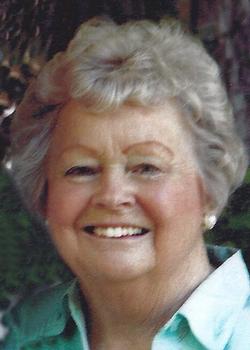 Superla Clark Staley, 87, passed away peacefully at The Family Tree Assisted Living Center in Morgan, Utah on July 24, 2014 surrounded by her family. Superla was born on August 2, 1926 in Woodland Utah to Ray and Cenneth Bisel Clark. She grew up in the Springhollow-Coalville area. Her early years were spent swimming and fishing in Chalk Creek, reading books while watching the cows and riding horses.

She graduated from North Summit High School in 1944 after which she obtained her Nursing Degree at the LDS Hospital School of Nursing in affiliation with the University of Utah.

She married her High School sweetheart, Owen Meadows Staley August 13, 1947 in the Salt Lake LDS Temple. They soon started their family. Her greatest joys in life were her husband, children and grandchildren.

She worked at several hospitals, but spent most of her career working at the Summit County Hospital as Head Nurse and Administrator for over 35 years. She spent her life in selfless service from which many in the community have benefited.

She was an active member of the LDS Church and served as Primary Coordinator for many years. She also served as a den leader, chorister, pianist, camp director and was a faithful visiting teacher for her entire life.

She, along with her husband Owen served two missions. A proselyting mission to Oakland, California and a service mission working with the scouting program and medical service in Mongolia.

The family is deeply grateful to the loving caregivers at The Family Tree in Morgan and Encompass Hospice, (Kathy and Cory) for their compassionate service. Condolences may be sent to the family at walker-mortuary.com

To order memorial trees or send flowers to the family in memory of Superla Staley, please visit our flower store.