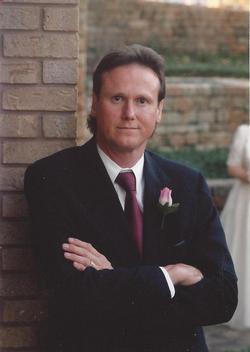 Steven G. Hosick, 61, passed very peacefully into the waiting arms of his Heavenly Father, as well as loved ones who preceded him in death, on Wednesday, July 9, 2014 … his sweet daughter and loving wife with him at the time.

Steve was born to Alice Vivian Moss Hosick and Gerald Elbert Hosick in Evansville, Indiana, on December 28 th , 1952.  Due to his father being in the U.S. Army, he attended schools in Germany, Indiana, California and Texas.  He proudly followed in his father’s footsteps to join the Army and served from 1970 – 1979.  After being honorably discharged from the Army, he started working for Southland Corporation (7-11 stores) and traveled extensively, opening stores overseas, and doing quality control management for the Dallas-based company.  He was medically retired in 1992.

He married Elizabeth Ann Kurtz in California and they had two children:  Stephen Joshua Hosick and Maranatha Ann Hosick.  After a divorce, Steve later met and married Julie Ann Newsom in August, 1994 in Dallas, Texas. Next month they would have celebrated their 20 th wedding anniversary. In 2004 he was baptized a member of the Church of Jesus Christ of Latter-day Saints where they were living at the time, in Bella Vista, Arkansas.  In March of 2005, he and Julie were sealed for Time and All Eternity in the Dallas, Texas LDS Temple.  In 2006, he and Julie moved to Morgan, Utah, where Steve loved living.  He always referred to Morgan valley as his ‘secret valley’ and the surrounding mountains as his ‘miniature Swiss Alps’.

Steve loved anything techy – Ipads, computers, electronic stuff….. he was a whiz at working on computers and could fix almost anything.  His mom said from an early age, he had always taken things apart and put them back together again just to see the internal makings and how they worked.

He had been residing at the George Wahlen Veterans Home for the past several months, because of needing round-the-clock care.  Although it was his wish to be in his own home, he greatly appreciated the loving and thorough care given to him at the Veterans Home by nurses, aids, and other workers.  Everyone there seemed to love Steve.  He always had a gentleness and a pleasant manor about him.  He would constantly tease and harass the staff, but they said it made them know he loved them.  His family would like to acknowledge the utmost care that he received there.  Also, sincere thanks go to Bristol Hospice for the excellent and tender care he received from Sean and Alex, his nurse and CNA.  The care he received from these two gentlemen was just over and above.  Steve had numerous health problems during his life, but his motto was:  “I can always find someone in worse condition than me” and he remained positive and cheerful.

Steve is survived by his loving wife, Julie, of Morgan, Utah; his son, Stephen of Richmond, California; his daughter, Maranatha & husband Brent Farwell of Oakland, California; three granddaughters, Keely, Macey and Sydney, and two grandsons, Inti and Ocean.  His mother, Alice Vivian Hosick of Killeen, Texas survives him, as well as two brothers, Sam Hosick and wife Brenda of Austin, Texas; David Hosick and wife Jane, of Killeen, Texas; two sisters, Donna and husband Randy Jean of Killeen, Texas, and Carol and husband Ludovic Harmon, of Copperas Cove, Texas, as well as a host of nieces and nephews.  He is also survived by his sister-in-law (Julie’s sister) Libby, and her husband Reese, of Rockwall, Texas.  Reese called him just a couple of days before Steve’s passing and told him he was his hero.  He had a very special 6 yr old great niece who loved him to pieces, Kaylen Reese Morgan, who he referred to as his sweet princess “little KK”.  She loved to sit on his lap and watch Yo-GabaGaba and eat pretzels with him.  He is preceded in death by his father, Gerald Hosick, and grandparents.

To order memorial trees or send flowers to the family in memory of Steven Hosick, please visit our flower store.