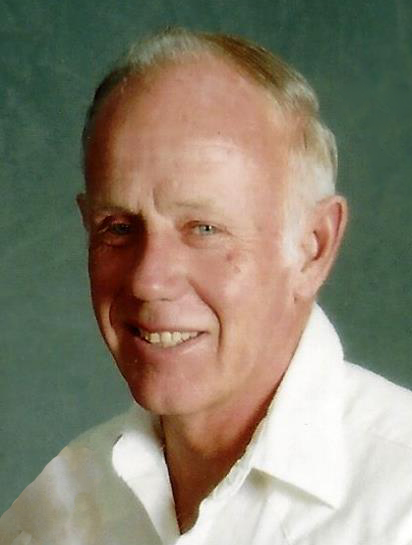 HENEFER – Mark Stephen (Steve) Hayes -- husband, father, grandfather, uncle, friend, and leader-- valiantly completed all that was asked of him in this mortal life and received his eternal call to service from his beloved Heavenly Father and Savior. He endured all things with grace, dignity, integrity and humor.

Steve was born May 13, 1941 at Dee Memorial Hospital in Ogden, Utah. He was blessed to have as his parents, Harlow Harvey Hayes and Myrle Vaughn Hayes. He graduated from Weber High School and LDS Seminary in May 1959. Steve joined the US Army and served during the Cuban Missile Crisis in Panama from 1959-1961. During his service, Steve came home to marry his high school sweetheart, Sandra Lynne Swaner, on November 3, 1961 in the Logan, Utah Temple. He received an honorable discharge from the army and remained devoted in his love of this country and our constitution.

In 1963, Steve began his welding career building bumpers in his parent’s garage. He owned and operated Hayes West Welding, Inc for 40 years at which time he passed his family business on to his son, Gary. Steve also loved and was very dedicated to the family cattle operation, S Bar S Livestock.

Steve served as a volunteer firefighter for 15 years (1996-2011) with the North Summit Fire Department in Henefer, Utah.

Steve’s life was dedicated to serving others. He was an active member of the Church of Jesus Christ of Latter-day Saints. No matter where he was, Steve always remembered to stop and pray to his Heavenly Father. Steve held several callings, but the calling dearest to his heart was that of Scout Master. He served in this calling for many years. Steve was truly invested in the success of each scout to do their best, endure to the end, learn life-long skills, serve others, and finish what they started—which led many of them to earn their Eagle Scout. The highlight of this calling was being able to lead four of his grandsons—all of which received their Eagle Scout.

Steve loved spending time outdoors, whether he was farming, hunting, fishing, riding horses, or simply just being in the mountains. He enjoyed sharing his knowledge and love of the outdoors with his family. Grandpa Steve was our hero—in our eyes he could out-walk, out-ride, out-hunt, out-fish, and out-climb anyone. His life was a life filled with hard work, perseverance, but most importantly, love. His example is one that will be forever marked in our hearts as we wait for our reunion with him.

He was greeted in Heaven by his father, mother, his granddaughter, Brooklynd Preator, and many other friends and family members.

The family would like to express a special thanks to the staff and caregivers at The Family Tree Assisted Living Center and Encompass Hospice Care for all of their love, kindness, and support.

Interment will be held at the Henefer City Cemetery.

In lieu of flowers, please donate to your ward mission fund or another youth program.

To order memorial trees or send flowers to the family in memory of Steve Hayes, please visit our flower store.