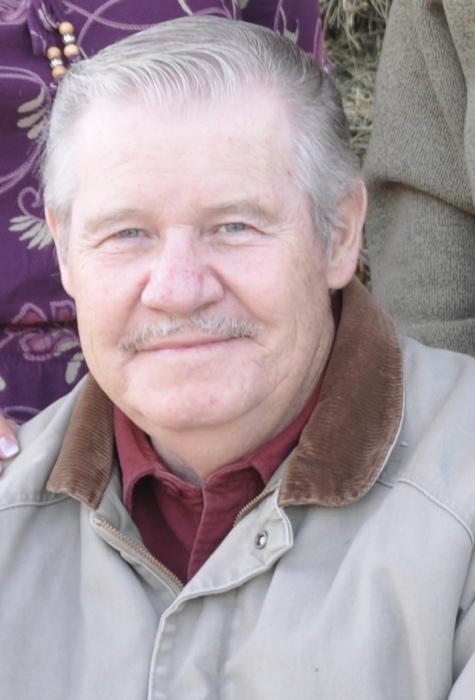 Hyrum Stephan Foster left his mortal life on March 31, 2022 surrounded by his family. He was born Feb 10, 1944 to Hyrum Elon and Alberta Ardeena Foster in Soda Springs ID. He spent 58 years with the love of his life, Carolynn Cazier.

Steve was proud of his service to his country as a Staff Sergeant in the Air Force from 1966 to 1970. He earned a Bachelors degree in Police Science from Weber State College. He worked for Washington Terrace Police Dept and Utah State Highway Patrol. In 1979, he started working for Holcim Cement Plant in Devil’s Slide. He held a variety of positions there and retired as Physical Tester in 2004.

Steve and Carolynn moved to Croydon in 1980. They raised 3 children, Ron, Barbara and Stephanie on the farm they built. They moved to Ogden in 2019.

Steve loved being involved in the community. He was active in his LDS ward and served in the Ogden Temple. He enjoyed working with Planning Committee, Fair Board, County Park Committee, Croydon Water Commission, 4-H, Boy Scouts of America, Veterans of Foreign Wars and many others. He offered his help to any group who needed a hand or a voice.

Steve had many talents, not the least of which was his beautiful voice. He love to sing with the Ogden Community Choir and anywhere else he could. He trained to be a professional announcer and he used that talent for many years in horse shows, rodeos and fairs. He had a love for horses and farming. He enjoyed his collection of movies that rivaled any video store.

His life is celebrated by his wife Carolynn; his children, Ron and Erin Foster, Barbara Wolfe and Stephanie and Marc Mahoskey; his grandchildren, Alexia, Arjay, KrystaLey, Meghan, Nicholle, Morgan, Jase, Madalyn and Broc; 2 great-grandchildren with another expected in June. He will be missed by many others who considered him as a friend.

A viewing will be held on Tuesday, April 5, 2022 at Walker Mortuary from 6 PM to 8 PM.  His life will be celebrated with a graveside service on Wednesday, April 6, 2022 at the Croydon cemetery at 11 AM.

To order memorial trees or send flowers to the family in memory of Steve Foster, please visit our flower store.