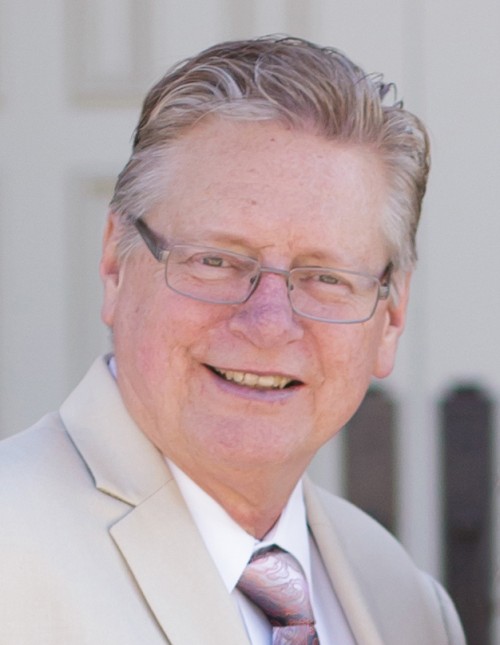 Rodger was born in June 1954, in Ogden, Utah, to A. Kent Smith and JoAnn Lovell Smith.  He grew up in Sunset, Utah, before moving with his family to Mountain Green in 1967. He graduated from Morgan High School in 1972.

Throughout his life, Rodger served in various capacities within the Church of Jesus Christ of Latter-day Saints. He was called to serve in the California North Mission in July 1973 and was released from the North Las Vegas Mission in July 1975. Later, Rodger served in several bishoprics and was the first bishop of the Highlands Ward. He especially loved serving the youth and children. He also served as an ordinance worker in the Ogden Temple.

Following his mission, Rodger attended Weber State College and worked for his father’s construction company. In May 1977, he married Marjalee Judd in the Salt Lake Temple. This year they celebrated 44 years of a beautiful and devoted marriage.

Rodger was a hard worker. He earned his Eagle Scout Award as a teenager. He learned carpentry skills at an early age while working for his father’s construction company. He had a great eye for detail and was able to use some of his skills when working on the reconstruction of the Nauvoo Temple alongside some of his brothers and nephews.

Rodger loved Apple/Macintosh computers from the time they were first introduced and worked for a time at The Computer Store in Ogden. His job was a precursor to the Genius Bar, and he helped many people solve their computer problems in person or over the phone.  Later, Rodger became president and manager of the Highlands Water Company and spent many years solving water issues.

From an early age Rodger loved playing the guitar and singing. He was a member of several bands. All of Rodger’s children have cherished memories of singing and dancing to his music. Rodger also loved riding motorcycles, dirt bikes, ATVs, and snowmobiles. He enjoyed many road trips in the USA and Canada with his brothers, uncles, and dear friends.

Rodger is survived by his loving wife, Marjalee and their 6 children and 13 grandchildren: Jonathan and his children, Ethan, Collin, Samuel, and Molly, and their mother Leslie; Joseanne & Mark Ware and their daughter, Adaline, plus a baby boy due April 2022; Heather & Daniel Nelson and their children, Aiva, Kage, Rian, and Ezra; Jenni Lee Smith; Westin & Chelsea and their children, Serena, Finn, Max and Cosette;  and Alora Smith. He was preceded in death by his father, A. Kent Smith; his mother, JoAnn Lovell Smith; older brother, Greg; and his nephew Landon.

The family wishes to express their overwhelming love and gratitude for the outpouring of love and support from family, friends, and neighbors during this very difficult time and unbearable loss of husband, father, grandfather, brother, uncle, nephew, cousin, and friend.

In lieu of flowers please donate to the General Mission Fund for the Church of Jesus Christ of Latter-day Saints.

Condolences may be sent to the family at: www.walker-mortuary.com

To order memorial trees or send flowers to the family in memory of Rodger Smith, please visit our flower store.