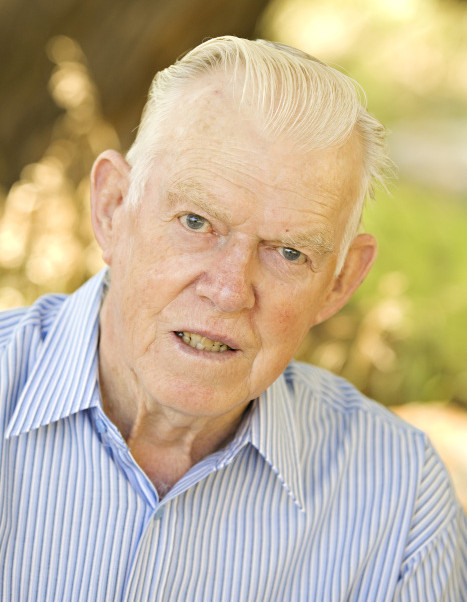 Robert “Bob” Johanson passed away on May 3, 2022.  He was born in Ogden, Utah to Leonard & Edith Carter Johanson.  Bob was a lifelong resident of Morgan and graduated from Morgan High School in 1950.  He went on to graduate from Utah State Agricultural College in 1955.  Following in his brother, Don’s footsteps, he served in the United States Air Force and worked as a Navigator-Bombardier from 1956-1959.

After his military service, Bob returned to Morgan and worked for his older brother, Keith, building homes.  Of the many homes they constructed in the area, his most prized possession was the home he built in 1978, where he resided until his passing.  With his love of navigation and coordinates, Bob enrolled in Air Traffic Control School in Oklahoma.  Upon graduation, he embarked on a new career with the Federal Aviation Administration (FAA) at the Salt Lake Center from 1972 until his retirement in 1993.

In 1967, Bob married his sweetheart, Elizabeth “Betty” Nance Johanson.  Together they raised 5 children.  In his spare time, he enjoyed hunting, fishing, going on drives, photography, working in his yard, sports – especially the Jazz, and old cowboy music.

He was preceded in death by his wife, parents, 3 brothers, and a sister.

We would like to give special thanks to the staff of Avamere at Mountain Ridge and to Inspiration Home Health and Hospice who provided exceptional care and support.

In lieu of flowers, Bob would appreciate if you would dig a weed before it goes to seed!

To order memorial trees or send flowers to the family in memory of Robert "Bob" Johanson, please visit our flower store.