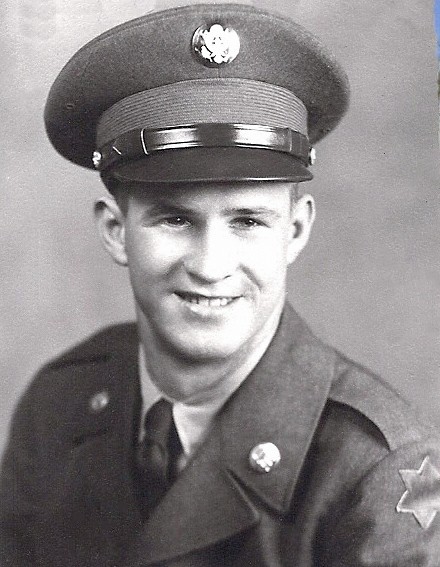 On Sept 17th 1933, Robert Lloyd Walters was born in Ogden Utah to Lloyd Wheaton Walters and Beatrice Stutznegger.  He passed away into the arms of his savior and his family which preceded him in death in the morning of April 19.  In between these two events was a remarkable life for a man that was strong, quiet, and an unassuming man.

He attended schools in the Weber district and graduated from Weber high school.  The day after graduation from high school he went to work at Hill Air Force base and worked there until he retired, only interrupted by his service in the Army.  Through his best friend, he met his to be lifetime partner and wife Jacklyn (Jackie) Kippen.  Bob served in the Army, went to boot camp, then received his orders to go to Korea. So, while on leave prior to shipping out he married his sweetheart on November 30th 1955 in the Salt Lake Temple, there sealed for time and eternity.

While he was in Korea the first of their three sons were born.  Bob was an avid outdoorsman, he enjoyed hunting, fishing, and camping.  While in Korea he went to Japan for R and R, since he enjoyed being outdoors he was enamored with Mt. Fuji.  Years later he would still enthusiastically share his 100 plus pictures of Mt Fuji, from nearly every angle he could get to.

He returned from Korea and was discharged and he and Jackie settled in Morgan, Utah.  While working at Hill, he also was drawn into following the Kippen family business and became a part time rancher.  Here he imparted many lessons to his sons, not the least of which was the virtue of hard work.

He taught his sons the joy of being outdoors and such would make sure to go fishing or hunting with them whenever there was some spare time.  He also enjoyed camping and made sure the family got out as often as possible for family camping excursions.

He was an aircraft electrician and loved working with his hands.  Both Bob and Jackie were members of the JC’s.  He also was a 4H leader for a number of years.  He picked up other trades and spent time woodworking, he always had the need to be busy.  Later in life Bob retired and for 20 plus years he and his wife would travel to Parker Dam, California to spend the winter.  It was a family joke for years that he would always leave just before Halloween so he didn’t need to hand out candy to trick or treaters.

At this time of his life he hung up his rifles and took up golfing during the winter stays in Parker Dam, although he claimed he wasn’t really good at golf he recorded three hole in ones.

Bob was an active member of the Church of Jesus Christ of Latter Day Saints.  Here he served in many positions.  One of his earliest callings and one that he excelled at was that of Scout leader, under his tutelage nearly a 100 percent of those scouts achieved the rank of Eagle.  He served as executive secretary in the Elders quorum.  Together along with his wife, they served together in the Temple on the sealing team and later in the Ogden Utah Inner City Mission.

Interment will be at the South Morgan Cemetery

To order memorial trees or send flowers to the family in memory of Robert Walters, please visit our flower store.