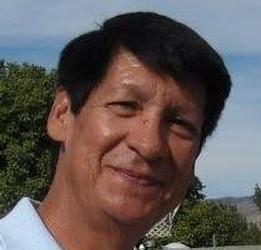 Robert Allen Baca, 58, passed away July 10, 2014 into the waiting arms of his Heavenly Father and was finally reunited with his parents and brother after a long battle with cancer.

Robert was born Sept. 13, 1955 in Ogden, UT to Carmen (Baca) Barkdull and Ernie Baca. He was the 2nd of 3 children. He grew up in Devils Slide, where he enjoyed many activities in the outdoors. He attended Morgan High School in which he excelled at track, baseball, football and he later graduated in 1973. He married Karen Carter in 1973 and they had 3 wonderful children. They later divorced.

Robert had a wonderful personality that attracted people to him and had a way that could always bring a smile to their face. He worked for the Union Pacific Railroad for 20 years but later on in life he found his passion working for the North Summit School District, where he developed great friendships with the faculty and students. On the 3 rd of November in 2007 he became a member of the Church of Jesus Christ of Latter-day Saints, where he held the office of the High Priest. He enjoyed his many callings in the church but his favorite calling was in the Primary where the children always brought joy into his life.

Robert is survived by his 3 children; Meloney Larsen of South Weber, UT; Tony (Dakeri) Baca of Layton, UT; Mindy (Dominique) Baca of Washington Terrace, UT; sister Della (Rob) Lewis of Echo, UT; and 6 grandchildren who had his whole heart: Taylor and Hailey Larsen, Dillan Trussell, Raegn and Gannon Baca, Cassandra Castellon, and many nieces and nephews. He is preceded in death by his father, Ernie Baca, mother, Carmen (Baca) Barkdull and Brother Edward Baca and many others in the family.

The Family would like to thank all those who have supported Robert in his brave battle with cancer.

To order memorial trees or send flowers to the family in memory of Robert Baca, please visit our flower store.