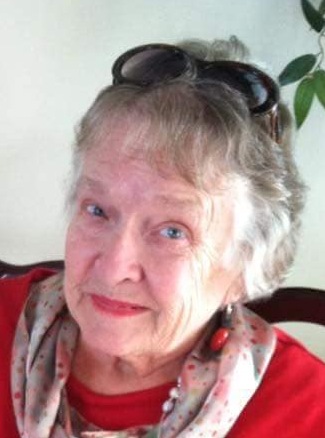 Our loving mother, wife, grandmother and friend, Rita Rae Webb Heywood, 83, passed away on Friday, March 15, 2019 surrounded by her loving husband and family. She was born the second daughter of three in Chinook, Montana on September 12, 1935 to Rex D. Haycock and Lois Olive Murphy who later divorced.  At age 9, she was adopted by Byrum Roland Webb.

She attended Chinook High School, but moved to St. George with her mother and sisters graduating from Dixie High school, where she excelled as a seamstress in home economics.

She married the love of her life Joseph Fred Heywood on June 24, 1955 in the St. George Temple. They lived in Cedar City and Salt Lake City, before settling in Granger, Utah (now West Valley City) where they built their only house, and raised three sons, Kevin, Thomas, and Klinton and one daughter, Kassi. They also opened their hearts and home for years to raise and nurture other children, including Diana, Susan, Bertie, Sadie, Larry, and others.

Rita loved life. She was an avid reader consuming multiple books each week. She was artistic, creating many ceramics, oil paintings, and home décor. Rita was a master quilter, giving each of her grandchildren a quilt along with crocheted items that they will forever treasure. Her favorite pastimes were watching her children and grandchildren perform in musicals, concerts, and sporting events.

For many years she and Fred volunteered at the Jordan Valley Hospital. She was skilled in many occupations including seamstress, telephone operator, LPN, E.E.G. and sleep disorder technician.

Rita was an active member of The Church of Jesus Christ of Latter-day Saints.  She faithfully served in many callings. She also served as Temple worker in the Jordan River Temple.

She was preceded in death by two sisters, Irene Green and Jo Battisti.

Much appreciation goes to family, friends, Family Tree, Comfort Wrx, and Walker Mortuary for the loving care given to Rita and Fred at this time.

Interment will be Saturday at 1 p.m. at the Panguitch Utah Cemetery.

To order memorial trees or send flowers to the family in memory of Rita Heywood, please visit our flower store.