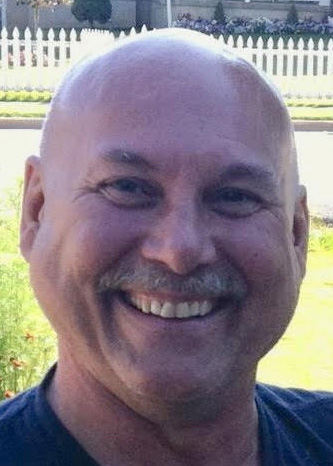 Rees worked in radio most of his adult life, a real passion of his. His dream of working in major market radio came true when he moved to Denver, CO and then again when he moved to Seattle, WA. He held a variety of side jobs throughout his life, always where he could be surrounded by people, sharing his friendly personality and conversation.

Rees has two children, a daughter and a son, whom he enjoyed spending his time. Summer months when Michelle and Aaron would visit were filled with baseball games, waterparks, excessive fireworks on his favorite holiday, ferryboat rides, sight-seeing, Chinese food, and so much more.

In 2012, Rees welcomed his first grandchild. He was so proud to be a grandpa and told everyone he met about his grandchildren. They were, without a doubt, his greatest joy.

Rees loved being a dad and a grandpa. He was also an exceptional cook and baker, always volunteering to cook at family gatherings. He enjoyed visiting Las Vegas, collecting chips from the casinos as souvenirs, and enjoying the entertainment and cuisine. He was an avid football fan, cheering for the Seattle Seahawks. He loved Independence Day for what it truly means, and could be found showing his love by lighting an extreme amount of fireworks with his son and best friend, Grant. He loved a good cup of coffee (or two or three), as well as taking pictures, two loves he shared with his daughter. A friendly game of Super Mario Brothers and shooting off fireworks were common pastimes shared with his son.

Rees’ warm, loving spirit and his infectious laugh will be remembered by those who knew him. The memories his children have with him will be forever cherished.

He is preceded in death by his grandparents.

To order memorial trees or send flowers to the family in memory of Rees Kirk, please visit our flower store.