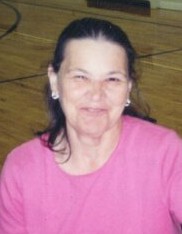 Ramona passed away March 1, 2022 in her home. She was born September 1, 1942 to A. Thomas and Elaine Richmond Marchant. Both her parents passed away when Ramona was a young child. She and her brother Eldon went to live with their grandparents, Abe and Mary Marchant of Peoa Utah with assistance of Wells and Pernoma Richmond of Provo. All her Aunts, Uncles and their families became her family.

Eldon and Ramona were the only ones surviving from their parents. Eldon passed away in 2010.

She married Karl D. Weir May 6, 1971, in the Salt Lake Temple. Her family who mourn her passing are her husband Karl, her children; Elaine, Garth (Joleen) and Megan (Kaden), 10 grandchildren and 8 great grandchildren.

She worked various places in nursing and retired in 1997. She then worked for Smiths and then Walmart in Park City.

Active in her church, she held many positions until the Covid Epidemic.

Funeral Services will be held March 5, 2022 at the Coalville Utah Stake Center, Main Street Coalville, with a viewing from 9:30-10:45 a.m. and the funeral at 11 a.m. Burial in the Coalville Cemetery.

To order memorial trees or send flowers to the family in memory of Ramona Weir, please visit our flower store.