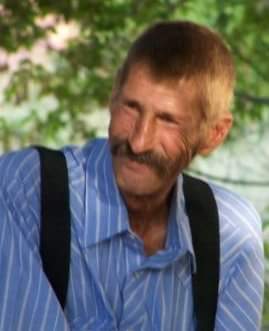 Paul William Packard passed away at his home with his daughter at his side on June 11, 2015, after a long battle with Scleroderma.

Paul was born on August 7, 1952, in Ogden, Utah, to Willis and Dorothy Packard.  He was the third of six children.

Paul is the proud father of two daughters, Darcie and Tracy; father-in law to Josh and Kevin; and grandpa to Travis, KasSandra, Gage and Savannah.

Paul worked for UDOT as well as the oil field, and retired after many years at Wilkinson Construction.  Paul loved to snowmobile, go on Ranger rides and spend time with friends and family.  He always liked to get the high mark on the hill and lead the way on rides. Paul enjoyed his spot up at Deep Creek and his winter retreat in Scenic, Arizona.

Paul is preceded in death by his wife, Sandy; his parents; brothers Gary and Russ; and brother-in-law, Kelly.  He is survived by his daughters Darcie (Josh) Harris, Tracy (Kevin) Thurston; four grandchildren; three great-grandchildren; sisters Pat and Karen; and brother Chris.

The family will greet friends at 4 p.m on June 14, at Riverside Park in Morgan, followed by a Celebration of Life at 5 p.m.

In lieu of flowers please donate to the Scleroderma Foundation at scleroderma.org.

To order memorial trees or send flowers to the family in memory of Paul Packard, please visit our flower store.