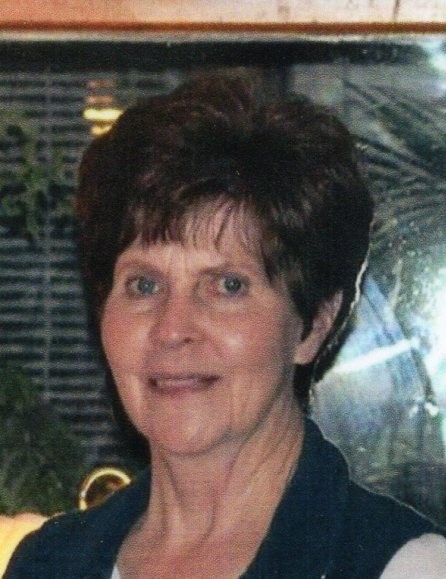 
Pat returned to her heavenly father on Saturday, April 21, 2018, following a short but valiant battle with cancer.


She was born on July 17, 1938, the oldest daughter of Gilbert and Jane Florence Porter. She grew up in Porterville, Morgan, Utah and graduated from Morgan High School in 1956. She attended college at Weber State and then moved to Salt Lake City where she worked for a time at LDS hospital. She returned home to Morgan and married LaMont Peterson on March 12, 1959, in the Salt Lake LDS temple. They made their lifelong home in Morgan where they were blessed with three beautiful daughters.  Pat and LaMont were married just a few days short of fifty years before LaMont's passing on March 9, 2008.

Pat worked for LDS Hospital and Marquardt before taking a job with Morgan School District where she worked for over 40 years. She retired in 2009, but never one to sit around, Pat returned to work for the School District part-time for another 5 years.

She was a faithful and active member of the LDS church and held callings in Young Womens, Primary, and  served as Relief Society President. She also served as organist for her ward for many years. She was proud of her family heritage and pioneer roots and actively served at the Family History Center and was an active member of the Daughters of the Utah Pioneers.

Early in her life Pat was blessed with a love and talent for music and with little formal training, she became very accomplished on the piano and the organ. She humbly shared her musical gift throughout her life, playing the piano and organ for hundreds of weddings, funerals and other events. It was a rare Sunday that you didn't see her at the organ, playing for her ward Sacrament Services.

Pat lived her life in quiet humble service of others. She provided care to her husband without complaint as he experienced many physical trials in his last years of life. She was a loving example to her daughters, their spouses, her grandchildren and great-grandchildren. She was a devoted sister to her five siblings and that devotion extended to all her brothers and sisters in-law, and Aunt Pat was a favorite among her many nieces and nephews.  She was blessed with the ability to make friends easily and when she made a friend, they were friends forever.

She was preceded in death by her husband of 50 years, her parents, an infant brother and sister, and her older brother Gene Hayes.

The family would like to thank Terra Rockenfield at Morgan Health Center, Kate Mader at Allen-Taintor Dermatology, and Dr. Jodie Miles at Intermountain Medical Center for their help and persistence in diagnosing Mom's illness. A very special thanks to Corey at Encompass for the tender care provided during Mom's last few days of life.

Interment will be at South Morgan Cemetery.

To order memorial trees or send flowers to the family in memory of Pat Peterson, please visit our flower store.