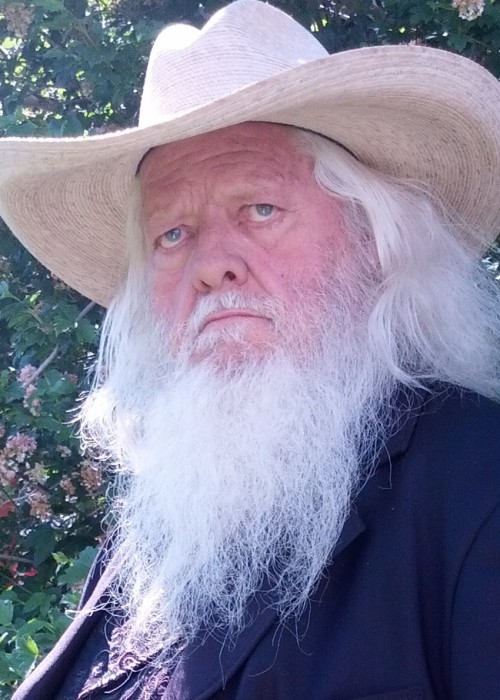 Orville passed away peacefully at home this past Sunday.  He was born in Salt Lake City to Joseph Fielding Ryver and Olive Frances Ryver.  He was the baby of the family and had 2 older sisters, Joy and Kay. He graduated from Murray High School in 1964 followed by trade school for electronics.  He married Willhelma Shoen.  They had a daughter Terissa.  That marriage ended in divorce and the heartbreak that followed when his ex-wife and daughter moved to California and he never saw them again.

He married Carol Foren in 1969 right before going into the Army.  He proudly served our country in Vietnam, not knowing that his exposure to agent orange would eventually take his life.  He used his skills afterward to serve again with the Bountiful City Jeep Posse.  He has been a long-time member of this search and rescue organization and has loved the people he served with.

He is also a member of the Bountiful Elks lodge where he served his community, supported the boy scouts, and helped fund their scholorship program.

Orville and Carol had two children, Bret James and Shellie Rae.  He built the beautiful house in West Bountiful that his children were raised in along with a few other houses that still stand in the area. He worked for Phillips Petroleum for 20 years and shortly thereafter his marriage to Carol ended in divorce.

He then went to work for Staker Paving operating heavy equipment.

A few years later he met and married Lisa Mae Kanouff.  This marriage brought him three more children that were already grown; Robert William, Rebecca Anne, and Angela Marie. He shared his love and wisdom with them as if they were his own.

Orville had many skills and hobbies. He was a welder, electrician, home builder, heavy equipment operator, electronics engineer, auto repairman, gun smith, soldier, stillman, leather crafter, fisherman, wood carver, rancher, black smith, mountain man, biker, horseman, foster parent, dutch oven cook, plumber, hunter, pipe layer, snowmobiling fool, and a bunch of other things that may have been forgotten while writing this. Of all the things he has done and been, his favorite thing was husband, father, mentor.

He was always full of wisdom and advise for anyone who wanted to listen. He loved to joke around and have fun. Everyone who met him was affected in a way that he was remembered; sometimes years later.

Orville was a member of the Church of Jesus Christ of Latter-Day Saints and had many callings in the church. He was predeceased by both his parents and his sister Josephine "Joy" Frances. He is survived by his wife and eternal partner, Lisa Mae Ryver; sister, Olive Kay (David) Harmon; son, Bret James Ryver; daughter, Shellie Rae Dabney; stepson, Robert William Kanouff; stepdaughter, Rebecca Anne Ames; stepdaughter, Angela Marie (Patrick) Omohundro; a bunch of grandchildren and 5 great grandchildren.

Interment will be at the Salt Lake City Cemetery.

To order memorial trees or send flowers to the family in memory of Orville Ryver, please visit our flower store.