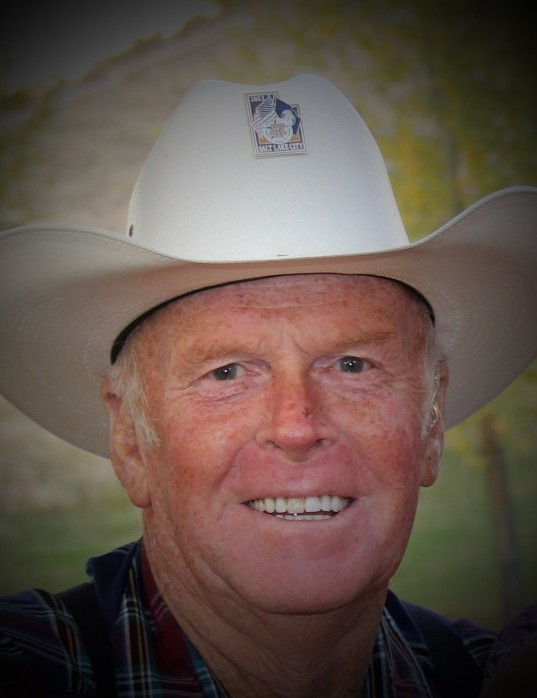 Oren Michael Peterson (Mike) passed away suddenly on February 22, 2017.  Mike was born on August 4, 1941 in Lawshe, OH. He was the oldest of six children.  He joined the Airforce in 1964 and was stationed at Hill Air Force Base. During Vietnam he was sent to work in Saigon.  After being discharged from the Airforce, he started driving semi-trucks for England and IML and then retired with Consolidated Freightways after 25 years.  In 1974 Mike had a run from SLC to Rawlins, Wy.  While stopping for coffee, he met Wilda who was a waitress at the Kozy café.  They married on August 3 of that same year.  Mike made a home with Wilda and her four children in Coalville. In 1975 Mike and Wilda welcomed their son Jeff into the family.  After retiring from consolidated, Mike started Coalville Repair and focused on mobile truck repair, inspections and tires. He could also be found helping Moore’s towing whenever needed.

Mike loved the western way of life.  He rode his beloved “Ricco” in the palomino posse for many years.  He served on the Days of ’47 rodeo committee for 49 years. He also served on the Summit County Rodeo committee with Cliff Blonquist. Mike and Wilda attended various rodeos throughout the state and always ended the year at the National Finals in Las Vegas.

Mike was an amazing member of our community and a true patriot. He was the commander of the American Legion and took pride in honoring his fellow veterans.  He spent countless hours giving military honors at graveside services. He also helped prepare special programs for Memorial Day. He was personally committed to ensure every veteran had an American flag placed on their grave for that special day.

He also served on the Coalville City planning commission.  Mike was a faithful member of the Calvary Bible church in Coalville for 10 years.

Mike spent his days “working his a@# off”.  He enjoyed working on the farm with the land and animals.  He was a talented mechanic and was always willing to lend a helping hand if needed.  Mikes feature on “Story Trek” captured him perfectly.  He was up before dawn and wouldn’t take off his bibs until the work was completed. He always got so much enjoyment from harassing and teasing everyone.  His Family was his pride and joy.

We are honored to have had the opportunity to share our lives with such a great man.  We knew you as Dad, husband, grandpa, friend and brother, and your legacy will continue to live on with us all.  We love you.

He is preceded in death by his parents Bernard and Mary Elenor, Brother Dave and great grandson Kaizen Bolinder.

Interment will be at the Hoytsville Cemetery

To order memorial trees or send flowers to the family in memory of Oren Peterson, please visit our flower store.