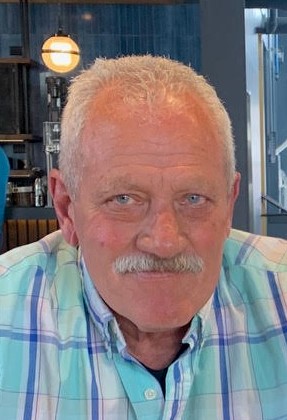 Mike Paul Thompson of Ogden, Utah passed away on April 19, 2022 due to complications of open heart surgery at the age of 59.

He was born to Emerson Thompson and Jeannette Porter on March 21, 1963, the third of four children.

He graduated from Ogden High School in 1981 and went on to join the army as a sergeant and tank mechanic. He served for six years and was stationed at the DMZ line, Panama, Honduras, Miami, Ft. Knox, and Ft. Carson.

He married the love of his life, Ellen, in 1995 and had a beautiful baby girl, Lacy, in 1996. Mikes greatest love in his life was being a father and husband.  You would never see one of them without the other two. Mike was always supportive along with his wife and daughter of any and all family events, especially with the Porters.  He loved and cherished his old Grandpa and Grandma Porter.  He spent a lot of his youth with them on the farm playing with cousins and learning all Grandpa had to share.

Mike enjoyed fishing, golfing, picnics with his family, and life in general.

He was a diesel mechanic for 38 years and was employed at C.E. Butters for the past seven years.

He is survived by his wife and daughter, father, brother, Rex, and sister, Heidi. He is preceded in death by his mother, grandparents, Russell and Barbara, and sister, Cindy.

He was the best husband and father in the world and will be dearly missed.

To order memorial trees or send flowers to the family in memory of Mike Thompson, please visit our flower store.