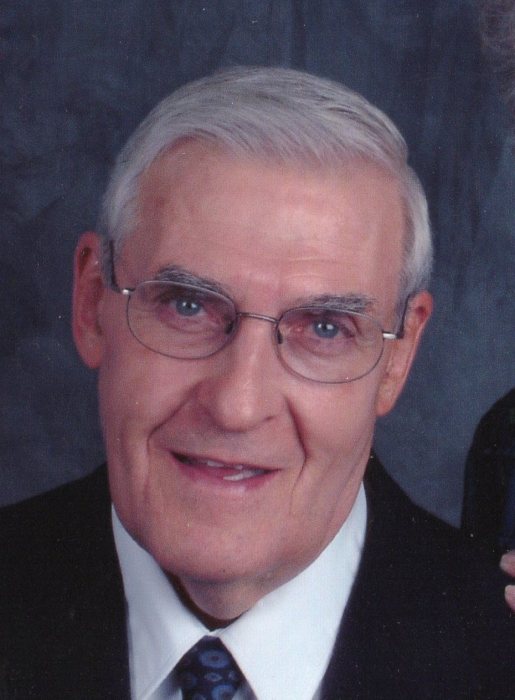 Merle was born Jan. 12, 1936 to Lorenzo and Florence Brough Smith in Evanston, Wyoming.  He was the youngest of five children.

He was raised in Evanston, Wyoming and graduated from Evanston High school where he was a senior class officer and involved in football, chorus and theater.  He went on to receive his Bachelors Degree in Pharmacy from the University of Wyoming.

He married Mariel Berniece Sims on August 8, 1957 in the Salt Lake Temple.  Together they had two children, Laura Lee and Justin Thomas.  Mariel passed away on July 21, 1992.  On July 16, 1999 he married Patricia Palmer in the Salt Lake temple.

Merle and Mariel spent their first years in Wyoming.  In 1964 they purchased the Morgan Drug store and moved to Morgan where they raised their family.  He owned and operated Morgan Drug for the next 37 years.  He was an active member of the community and was involved with the Lions Club.  Merle also served on the Morgan Planning Commission.  An active member of the Church of Jesus Christ of Latter-day Saints, he served in various callings through the years including two Bishoprics.  Merle and Pat later served two missions, Alabama, Birmingham and the Ogden inner city Mission.  Merle loved gardening and helping people and served others for his entire life.  He will be remembered for his many kind acts toward others.

Send condolences to the family at www.walker-mortuary.com

To order memorial trees or send flowers to the family in memory of Merle Smith, please visit our flower store.