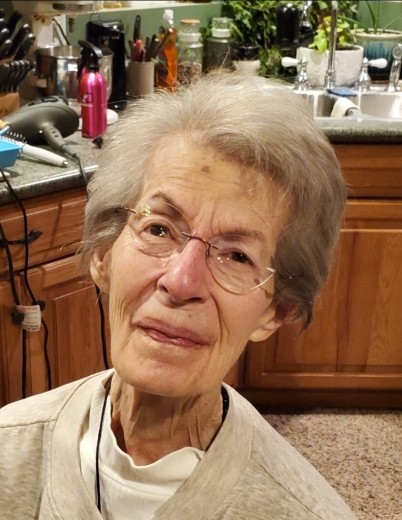 Margaret Lyon Lindsay “Peggy”, 89, of Coalville, Utah, passed away peacefully at her home on Saturday September 11, 2021. Peggy was a loving wife, mother, aunt, grandmother, great-grandmother and friend. She was mother to Steven Lindsay and Robert Lindsay who preceded her in death. She is survived by her husband of 68 years Robert “Bob” Lindsay whom she married on March 21, 1953. Peggy is also survived by her Sister Nancy (Freddy) Holtkamp, her daughter-in-law Pam Lindsay, 3 grandchildren, Kristin (Bryan) Vanstaveren, Robert (Dylan) Lindsay-Bodily, David (Kimberly) Lindsay and her five great grandchildren: Joseph, Tyson, Sydnee Vanstaveren and Aaliyah and Cooper Lindsay.

When she married Bob her life began with adventure. Bob was in the Airforce, so his life took her around the world with him. She got to see parts of the world most of us just dream about. She was a very soft-spoken woman so to know that she rode dirt bikes, snowmobiles, helped put on desert races and helped Bob open a motorcycle repair shop would be surprising to some.

She was a very classy lady from the East coast. She always had her lipstick on before 6am, and warm breakfast ready for her family. She made all her meals from scratch, kept a very organized kitchen, she loved to quilt with her friends, cook, sew, she loved her church family, and she loved her grandkids and great grandkids more than anything. She was always very kind to everyone and never asked for much in return. She always thought of others and took care of Bob until the end.

When their family dream became a reality and they bought property in Coalville and began to build a cabin she was truly happy just sitting on the deck watching the birds and enjoying a cup of tea. She finally was home and that is where she wanted to stay.

To order memorial trees or send flowers to the family in memory of Margaret Lindsay, please visit our flower store.