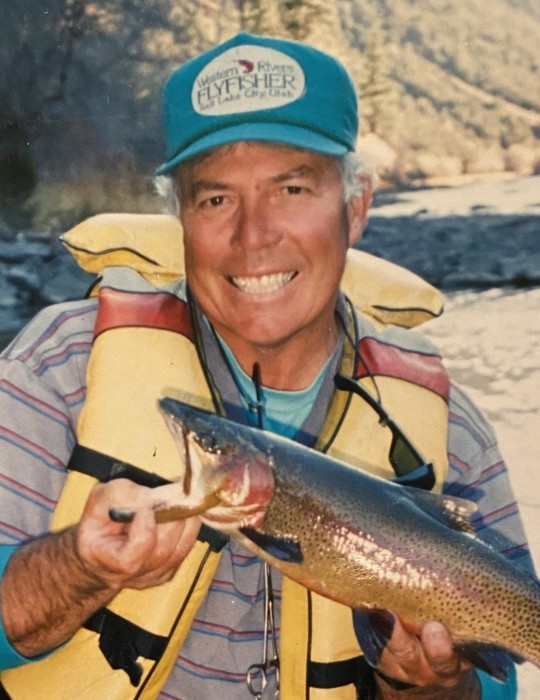 Services postoned to a later date. Check back for future updates.

Lyle J Waldron passed away peacefully on Tuesday October 20, 2020 surrounded by his daughters and other beloved family members. He was born to LaRue Esther Waldron and Lorrin Jay Waldron on March 9, 1941. Lyle grew up in the beautiful Morgan Valley where he learned the value of hard work and  developed his great love for the outdoors. In 1959 Lyle graduated from Morgan High School followed by his attendance at Weber State College. Being a lifelong athlete, Lyle was on the Varsity Football, Baseball and the Basketball Team and loved to reminisce telling us of his “full court shot at the buzzer to win the game”.

In the early 1960’s Lyle decided he wanted to get on the mountain and learn how to ski. He gathered up his stuff and moved to Alta, Utah. Lyle worked at the Deep Powder House while perfecting his ski turn and saving up to purchase the ‘Shallow Shaft’, a little pizza shop up the canyon. He married Arlene Belnap in 1970 and they lived in a small trailer behind the Shallow Shaft. With a growing family, Lyle and Arlene moved into the Salt Lake Valley to raise their children.  The couple split and Lyle moved to Dutch John, Utah, to chase his dream of being a Flyfishing Guide on the Green River during the summer months always returning to his beloved “Powder” as a ski instructor at Snowbird. Over the next 30 years he became an accomplished instructor/fisherman where he created lifelong friends with his charisma and loving spirit, acquiring the nickname ‘Lucky Lyle’.

He is survived by his daughters Mysha Waldron (Dan Ellis) and Marika Waldron, their mother Arlene (Stan Adams), their sister RaeAnne Orton (Mark), grandchildren Kate and Jabe, his sisters Deanna Mecham (Verl) and Gayleen Haws (Robert), his brother Keith Waldron (Karen) and many nieces and nephews. Lyle is preceded in death by his parents and his daughter Chalyce Waldron.

‘Grandpa Lyle’s’ greatest joy was spending time with his loved ones. Our hearts are full as we think of his reunion with Chalyce. Together they ride the slopes of the sky and fish the trout creeks of the heavens.

With respect to the COVID-19 virus, services will be postponed for a later date. Check back at www.walker-mortuary.com for updates to his services.  Celebration of life at Snowbird and on the Green River to be announced at a later date. In lieu of flowers please share a story or memory of Lyle on his page at Walker Mortuary or donate to your favorite charity.

To order memorial trees or send flowers to the family in memory of Lyle Waldron, please visit our flower store.