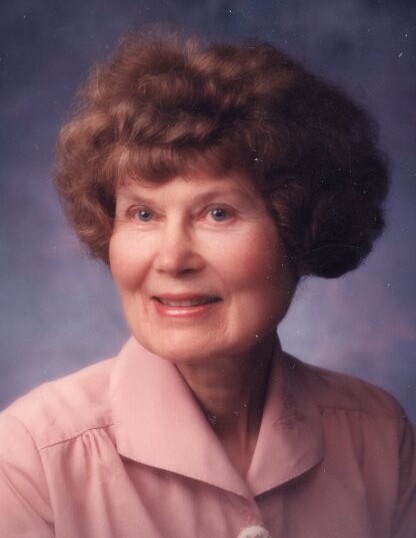 Laurel, the daughter of Andrew Hyrum Nelson and Mary Bush Nelson, was born August 19, 1928, in Malad, Idaho. She had two brothers: Robert Deane Nelson and Homer Mark Nelson, who both preceded her in death. At four years old she moved with her family to Milton, Utah, where she grew up in the home built by her great-grandfather Anders Nielsen, who had immigrated from Denmark with his family in 1861.

Laurel was a bright student and loved learning and music. One evening when she was in second grade, her parents received a visit from the school superintendent, who had come to inform them that she had scored higher than any of her peers on a district test. In high school and at BYU, where she studied secretarial science, she displayed her musical gifts by playing the oboe, the piano, accordion, and by singing. She often recalled how as a child she asked her mother if she could learn to play the piano. Her mother said, “Laurel, are you sure?” “Yes, I’m sure!” she replied. Whereupon her mother sold jewelry to buy a piano and pay for three years of lessons.

Laurel made the most of those lessons, and music brought her joy throughout her life. Laurel was often found at the piano or rehearsing vocal solos for church and other performances. While living in Spain, she studied under concert pianist Vladimir Vuletin. In Morocco, she taught piano to two nephews of King Hassan II. Laurel also enjoyed oil painting and had a gift for painting landscapes and still-lifes.

After graduating from BYU, Laurel worked for the Juvenile Justice System in Salt Lake City before marrying David B. Timmins in 1952. Shortly after the birth of their first son, Mark, they began a career with the State Department. The next twenty years took them to assignments in England, Iceland, France, Spain, Morocco, and Washington, D.C. Quiet and gentle, Laurel successfully managed the stress of frequent moves to unfamiliar places with young children and of attending or hosting many teas and cocktail parties. As a Foreign Service wife, she served in wives’ associations, helped raise money to redecorate the American building at Sorbonne University in Paris, and filled many LDS Church callings in branches all over the world—including driving hundreds of miles to visit teach isolated sisters who lived far away.

Laurel and her growing family returned to Utah in the late 1960s while her husband took a sabbatical from the Foreign Service to set up the Economics Department at Weber State College. After their last tour in Rabat, Morocco,  Laurel went on to work as a secretary for the University of Utah, Brigham Young University, the MTC, and the Relief Society General Presidency under Elaine Jack, Chieko Okazaki, and Aileen Clyde, an assignment she particularly enjoyed until her retirement in 1991.

She loved to tell how Sister Clyde, while commuting to work, would dictate a letter to Laurel over the phone and Laurel would take it down in shorthand, a skill in which she excelled. Upon arriving at the office, President Clyde was always delighted to find the letter typed and lying on the desk ready for her signature.

After retiring, Laurel lived for a time in Whittier, California, and Reno, Nevada, where she helped her daughters care for her grandchildren. She also enjoyed traveling with her sons, revisiting England, France, Iceland, and New England, as well as Canada and Alaska, where she visited her son Rob’s family. She loved to read and developed a love for classic movies.

-The graveside services will be livestream but due to the livestreaming being dependent on cellular service it experience loss of sound or video. If that occurs the service will be uploaded later that day.-

To order memorial trees or send flowers to the family in memory of Laurel Nelson, please visit our flower store.