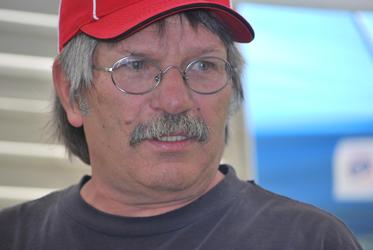 "FLASH" Ken Franklin Mecham, 62, of Morgan, Utah, died instantly (no pain) doing something he loved! riding in a side by side, in the mountains in Deep Creek in Morgan on July 5th.

Ken was born Tremonton, Utah, on Nov. 3, 1951. He completed his GED. Flash was married to Val Hardy later divorced. He then married Jean M. Blakley on June 20, 1981. They just celebrated their 33 year together.

Flash was a Co A Engineer BN in the Sixth United States Army with a tour in Vietnam. He worked as a lineman for Union Pacific Railroad, in the oil fields, and his passion was being a machinist. He worked at LorenCook Fan Company, GSC Foundries, and was currently working at Triumph Gear Systems as an inspector.

He was an avid New York Jets fan, Utes fan, and St Louis Cardinals fan. He enjoyed spending time with his son snowmobiling, hunting and being in the mountains. His life was spent enjoying great times with his family and many great friends.

Ken is survived by his wife Jeannie. Children: Jamie (Daniel) Taylor, Macy Mecham, and Zac (Raelynn) Mecham; two sisters: Connie (John) Andrews and Linda Egbert; five brothers: Clyde (Joy) Johnson, Steve (Jackie) Mecham, Deloy (Lynn) Mecham, Rex (Bonnie) Mecham, and Scott (Lori) Forsgren. He is preceded in death by Parents Edward and Lareen Johnson, Harvey and Mary Mecham, one brother, Farron Johnson and in-laws Lyle and Verla Blakley. His remains will be cremated and burial will take place at a later date. There will be a service at 11:00 am Friday July 11th at the Milton Park, in Morgan County.

In lieu of flowers an account has been set up at Goldenwest Credit Union to help with costs.

To order memorial trees or send flowers to the family in memory of Ken Mecham, please visit our flower store.