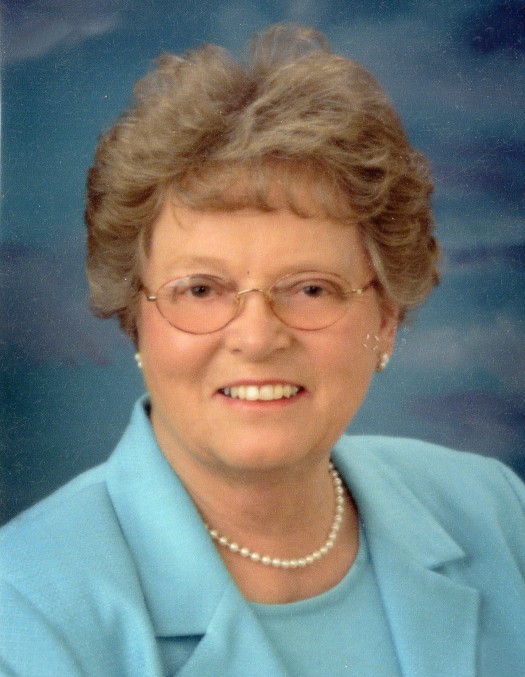 May 9, 1937 was a day of great joy for Morris A. and Carma Francis Newbold, their baby girl, Karen, was born. Karen was a delightful child and it wasn’t long before a remarkable talent for music became evident. This led to weekly trips to Salt Lake for organ, piano and accordion lessons. Karen loved music and enjoyed accompanying church programs, school programs, choral readings, quartets, Miss Morgan and Miss Utah contestants. Feeling that she had been given a gift by her Heavenly Father, Karen never said no to accompanying someone or to play for a meeting or funeral.

All too soon Karen was graduating from high school and was off to college at BYU (with her sweetheart, Steven Winchester’s muscle car).. On September 14, 1956 Karen married Steven F. Winchester. Together they had two children. Not everything is meant to be. Soon after their second child was born Karen and Steven divorced. Karen went back to college and graduated with a degree in teaching. She taught 3 rd grade at Hannah Holbrook, in Bountiful UT, then for several years at Morgan Elementary. One evening in 1969, Shirley Tucker of Morgan, brought her brother Junior over to the house and introduced him to Karen; they became sweethearts and married July 31, 1970. September of 1976, Karen and Junior were sealed in the Ogden LDS Temple, thus making their family and their union, eternal.

Karen continued teaching when the family moved to Paul, Idaho, then to Heber City, Utah. After teaching at Midway Elementary, Karen received her certificate to teach blind children and taught in Salt Lake and Ogden. She became an advocate for ‘her’ blind children, translating books into braille and working hard for their education. Karen earned Teacher of the Year and was featured as a KSL teacher of the week. She formally retired from teaching in 2002, but continued to tutor and substitute teach in the special education classrooms.

In 2003, Karen decided to serve a LDS mission and was subsequently called to the Church and Family History Mission in Salt Lake City. She served from 2004 to 2006. Family meant everything to Karen especially her grandchildren. She delighted in the time they spent together, visiting and sharing her musical talents. The evening of August 19, 2016, with family close by, Karen quietly slipped from this life and was reunited with loved ones who had gone before.

A special heartfelt thank you from the family to Nathan, Suzanne, Rod, Deborah and their children for their tireless, selfless care of Mom.

Graveside services will be held Saturday August 27, 2016 at 12 noon at the South Morgan Cemetery. Viewings will be held Friday from 6 to 8 p.m. and Saturday from 11 to 11:45 a.m. at Walker Mortuary in Morgan.

To order memorial trees or send flowers to the family in memory of Karen Bingham, please visit our flower store.