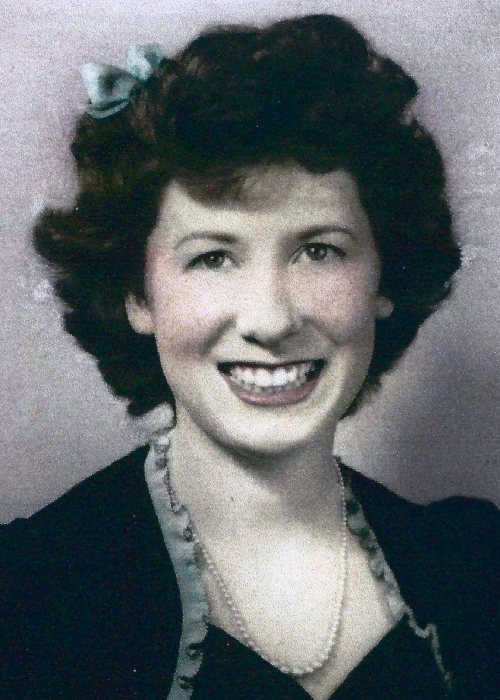 Juanita Marie Vogt Beasley, 91, passed away peacefully on March 21, 2016 in Morgan, with family surrounding her.  She was born March 30, 1924, in Lamar, Colorado to Benton Clyde Vogt and Mamie Scott Wagner.

Juanita raised three sets of children to adulthood as a single mother.  Her sons, Michael and Patrick Alexander, her daughter, Linda Beasley Rawson, and her grandchildren Machelle Alexander Lowry and Jay Alexander. Her life revolved around the love she had for her children.

Juanita lived in Milton, Utah for almost 60 years where she was a member of the LDS Church.  She held various callings.  She loved animals and had a small farm.  Her favorite animals were her horses, her cats and her goat called “mama”.  She was a very independent woman who insisted on doing everything herself.

Juanita retired from Hill AFB in 1985 after 32 years of service.  She was an item manager and for a brief period worked with her daughter.

We want to thank Encompass Home Health and Hospice and Family Tree for their wonderful care and love for Juanita.

In lieu of flowers please donate to the Lewy Body Dementia Association.

To order memorial trees or send flowers to the family in memory of Juanita Beasley, please visit our flower store.