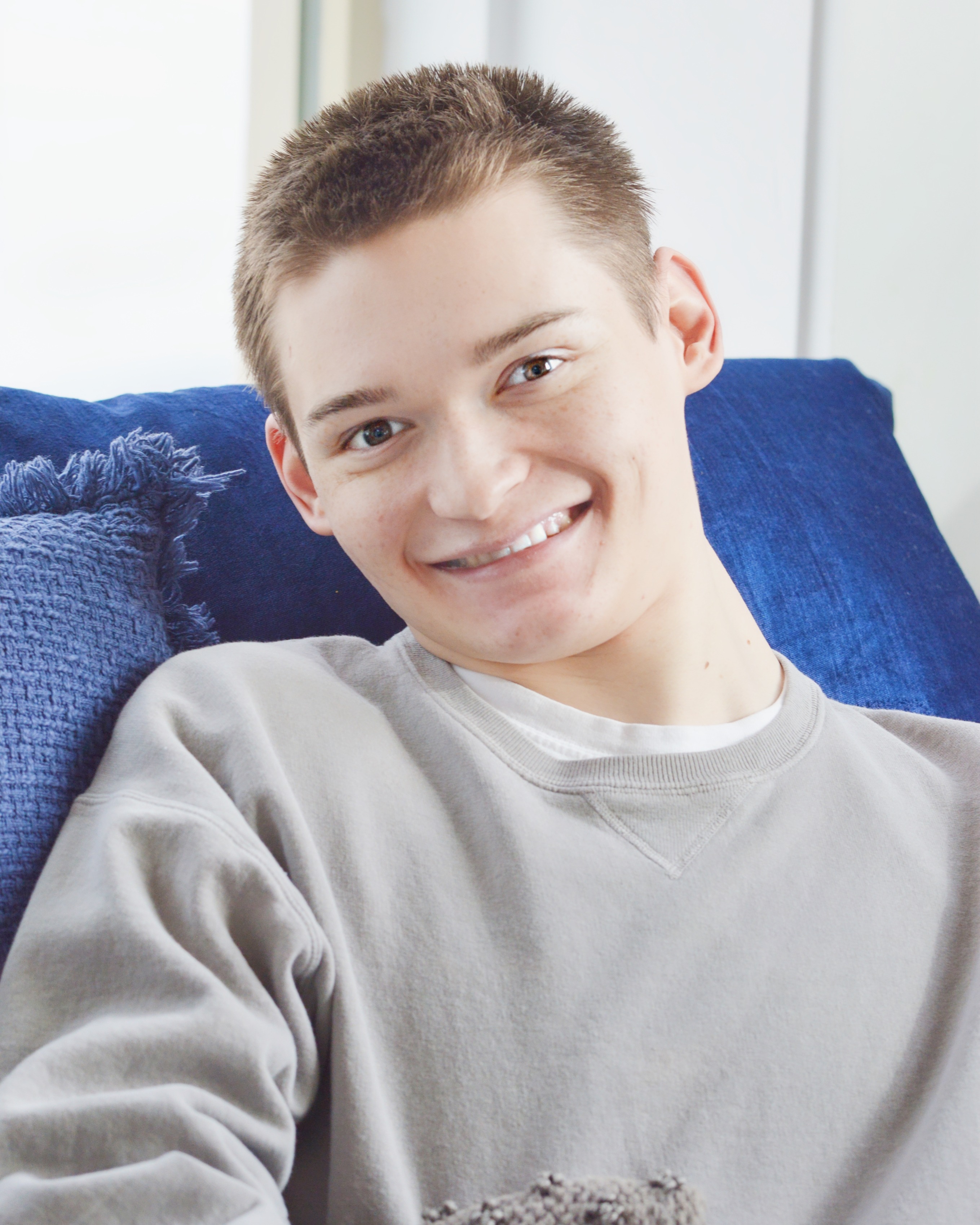 Joshua Hayden Woitaszewski, age 26, passed away on Friday, January 20, 2023, at home surrounded by his family after a long and courageous battle with Friedreich’s Ataxia.

Josh was born December 22,1996, in Ogden, Utah, the son of Rick Lane Woitaszewski (deceased) and Melissa and Mark Powers. He grew up in Morgan, UT where he graduated from high school in 2015, despite his diagnosis of early onset FA at the age of 11. He always kept good grades and his sister would often tell him that he got “all the brains” of the family, but he would insist he got “all the brains and the looks”.

Joshua was a fighter and outlived the life expectancy given to his parents at the time of his diagnosis. He was always ready to fight the next battle, bravely going through surgeries and therapies because he remained hopeful that he would get better. Josh had big dreams for his future, always telling family and friends of the things he wanted to do when a cure was found. He dreamed of joining the military and being in the special forces. He wanted to go to college, somewhere warm and away from his parents so he could “have fun and party like you’re supposed to in college” , he would say. He wanted to get married and have kids and was always coming up with new and entertaining names for them, which hopefully no wife would allow.

When Joshua was growing up he would spend his days running around and playing with his older brother and sister, Tyson and McKenzie, either at home or during the summer at their Grandma and Grandpa Woitaszewski’s house, where Josh would spend a lot of time gardening with his Grandpa Ira. The kids were Lagoon season ticket holders who spent countless hours there with their mom, Grandma Ruth, Aunt Natalie, Uncle Jake, and numerous cousins. Josh loved an adventure and began rafting on the Snake River with his family when he was just a little kid. Pretty much every summer involved a trip or two to Jackson Hole with at least a couple of river runs in Grandma Ruth’s raft. He took many trips to Yellowstone and enjoyed any time spent camping. You’d find him in a lawn chair or hammock with his faithful dog Ozzy on his lap. He always wanted to travel and even though it was sometimes tough to manage he got to go to some amazing places. He had a make-a-wish vacation to Oahu, Hawaii, where he surfed and was able to stand up with the help of an instructor. He visited Disneyland and Disneyworld and always wanted to ride the biggest and scariest rides. Just a month before he passed away, he was able to go to Cabo San Lucas, Mexico and lay out in one of many pools at the resort and also the beach where he got buried in the sand by his grandma and mom. He got an amazing suntan complete with raccoon eyes from his sunglasses which he still had when he died.

As Josh got older and became less mobile, his body restricting what he could do, he became an avid on-line gamer and when that was no longer possible he watched other people play for hours on YouTube. When his sight began to fail his favorite pastime was listening to audio books. He listened to thousands of books, usually finishing one every day or two. He listened to every genre, but his favorite type of books, much to his family’s delight, were Romances. They loved to tease him about it, but it didn’t slow him down and he loved to tell everyone all

about them. One of Josh’s greatest joys during his last couple of years was being an uncle to his nephew River. River loved spending time gabbing and giving loves to his Uncle Joshy.

Josh will be remembered for his quick wit and dry but wicked sense of humor, his fierce determination and his optimism. He was definitely the baby of the family and definitely ruled the house. He was pretty demanding, had his own schedule and very little patience for people who messed with it, but he was definitely a labor of love. His family is lost without him and would gladly do it all again.

Please come and share a favorite memory of Josh with friends and family.

In lieu of flowers the family requests donations be made to FARA, Friedreich’s Ataxia Research Alliance online or by phone (484) 879-6160.