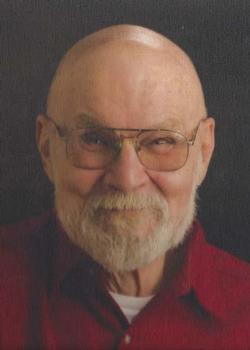 Our father John died peacefully at home on December 14, 2014 after a long illness, three days past his 79 th birthday.

John was born on December 11, 1935 in Boise Idaho to Florence Beckdolt, and was later adopted by her husband Jess Hugg.

John is survived by his five children; Kathleen, John W. (Kim) Hugg, Bart Hugg, Dave (Sandy) Hugg, and Heidi Ross, as well as three grandchildren and one great grandchild. John was preceded in death by his parents and his third wife Joyce.

John’s family would like to thank the entire Morgan community for the kindness and friendliness shown to John & Joyce throughout their years in Morgan. We would especially like to thank the Sargent families for “adopting” them as their own. It has been a great comfort to our family to know the two were so well looked after.

A simple grave-site ceremony will be held Saturday, December 20 at 2 p.m. at the South Morgan Cemetery.

To order memorial trees or send flowers to the family in memory of John Hugg, please visit our flower store.