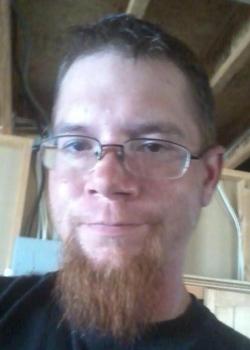 Jesse Lynn Lujan, 29, of Roy, Utah passed away June 9, 2014. He was born January 11, 1985 to parents Scott and Jackie Lujan. He received a GED at Washington High School. He loved the outdoors, fishing, hunting, hiking and camping. He enjoyed listening to music and playing the drums. Jesse,s greatest joy was his family. There was nothing he loved more than his two children. He leaves behind daughter Jayci and son Skyler; parents Scott and Jackie; sister Kenzie; brother Taylor; 2 nephews Hunter and Riley; one grandmother Janet; uncles and aunts; cousins here and overseas in Scotland; and many friends. Jesse is preceded in death by Grandma and Grandpa Jensen; Grandpa Lujan; Uncles; Aunts; Cousins; and friends.

Special thanks to all the help in intensive care unit at Ogden Regional and prayers from Deacon John Taylor.

In lieu of flowers, donations can be made at any America First Credit Union, under Memorial Account Jesse Lynn Lujan.

Dear Alcohol: I could think of a thousand different names for you, but that’s all you are to me anymore just a substance, and we’ve had a long run together. There were some good times but the bad times out way the good by far. You’ve poisoned almost every loving memory I’ve had in this life so far. You’ve poisoned me through school, through relationships. You poisoned me to punch out a window on my wedding night. You poisoned me at the birth of both my children and those memories I’ll never get back. I’ve become an angry, miserable, lonely person because of you and I’ve blamed everyone else for it but I’ve got a second chance to make new memories now and in the past I would’ve needed you with me to read this letter but I did it without you. So I don’t need you anymore. Goodbye.

To order memorial trees or send flowers to the family in memory of Jesse Lujan, please visit our flower store.