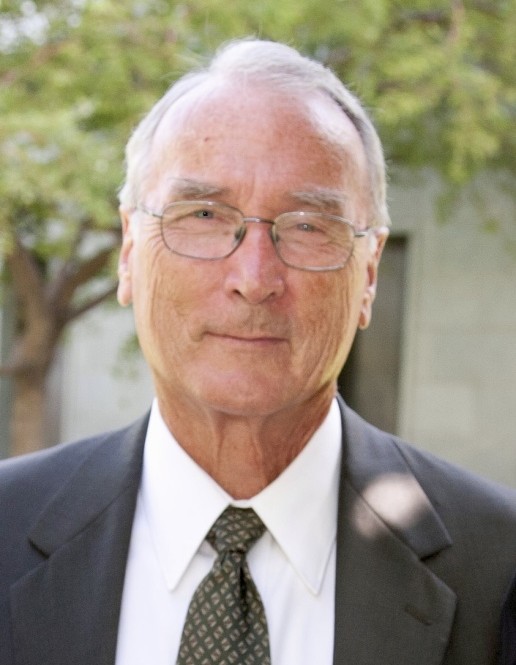 Jerry Phil Peterson, 83, was born July 23, 1938 in Ogden, UT to Philip and Myrtle Peterson. He grew up in Morgan, UT and graduated from Morgan High School. Jerry married Nedra Astle in the Salt Lake Temple on August 8, 1958 where they began their amazing adventure together. Jerry attended Weber State and Utah State, where he played football, graduating with master’s degrees in History and Special Education.

Jerry’s life was an example of unwavering faithfulness and service. He spent countless hours dedicated to helping his friends and neighbors. He was fully committed to the gospel of Jesus Christ and served his entire adult life as a servant of the Savior. He accepted many callings in the Church of Jesus Christ of Latter-day Saints including Bishop, Stake President of the Morgan North Stake, President of the Alabama Birmingham Mission, Morgan West Stake Patriarch and a Sealer in the Ogden Temple.

Jerry cherished his dear wife Nedra and valued their relationship over any earthly possession. He and Nedra were blessed with six children. He prioritized their happiness and success as his ultimate objective and the measuring stick for all his achievements. He was a wonderful patriarch for his family and continually shared his love and concern for every individual family member.

Jerry maintained his incredible attitude, wonderful sense of humor and concern for others through all the challenges of his life and until his last breath. He was an example of integrity, persistence and optimism.

Jerry is survived by his wife Nedra Peterson and his children Bryan (Dixie) Peterson, Daren (Sheri) Peterson, Julie (Dana) Russell, Becky (Jeff) Lucas, and Jason Peterson and many grandchildren and great grandchildren. He is also survived by his siblings, DeOrr (Ardath), Marvin (Geneva), Dennis (Beth), Sharon (Keith) Carrigan, Glen (Kathi).  He was preceded in death by his daughter, Darcy.

In lieu of flowers, take a loved one out to dinner.

Interment will be in the Peterson Cemetery.

To order memorial trees or send flowers to the family in memory of Jerry Peterson, please visit our flower store.