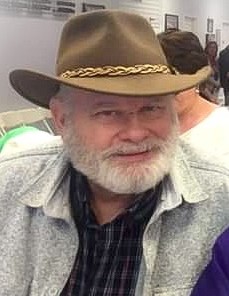 Jerry entered this mortal probation November 27, 1945 in Elkhart, IN with an extra healthy set of lungs. His strong tenor could be heard weekly, from any seat in the chapel, singing on Sundays.

Jerry served in the Coast Guard where he made one of the two greatest discoveries of his life. He read a borrowed copy of the Pearl of Great Price and knew he'd found the true gospel of Jesus Christ and that testimony never wavered. His other greatest discovery was finding his best friend and eternal companion, Mary Patricia Ingold. After writing a 81 page letter pouring out his heart, she agreed to marry him. They had 7 children together - one girl and a half dozen boys. However, Jerry was a father and mentor to so many that they, rightfully, claimed one and a half dozen kids.

His parents, Paul and Ruth (Egbert) Bowers, realized they'd created a masterpiece with Jerry and so he was the youngest child with an older sister, Jeanette (Birr) and brother, John Bowers, who was called home at age 27.

Jerry received a Masters degree in technical theater with a focus in library science from BYU. He worked as a librarian, but loved the theater and found ways to always have it be part of his life.

He is survived by his wife, "Mary Pat", hundreds of other gadgets, and his sewing supplies. His children are now free to raid his tool box. His surviving children with spouses are Micheal (Toni), Mathew, Amy (Vance) Holt, Andrew (Holly), Joshua (Rebecca), Jared (Jennie), Daniel (Monica) Smith, and Dean Walker. Jerry was blessed with 23 grandchildren and 5 great grandchildren.

A private graveside service will be held Saturday, December 19th. Jerry wanted fireworks as part of his departure from this life. A celebration of Jerry's life will be scheduled around July 4, 2021 so he can go out with a "bang".

In lieu of flowers, Jerry would want you to either add extra butter, or make a run to Walmart in his honor.

May the Force be with you, Dad.

To order memorial trees or send flowers to the family in memory of Jerry Bowers, please visit our flower store.