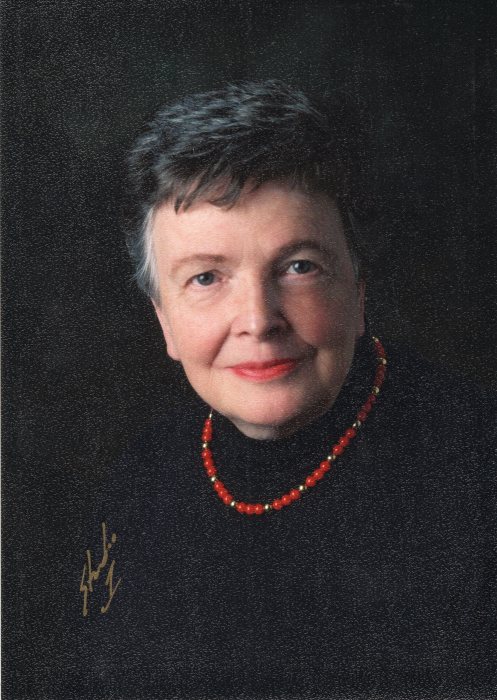 Janice Elaine Heiser Durrant, 87, passed away peacefully, Friday April 12th, in the company of her 3 sons. She was born May 16, 1931, to Edwin and Mae Heiser in Salt Lake City, Utah. She was the middle of two brothers, Frank and Dick Heiser.

Janice grew up in Salt Lake City, attending Douglas Elementary and Roosevelt Jr. High School. She played the piano and loved dancing and hop scotch.  Her family later moved to Ogden, where she attended Ogden High School and participated on the drill team.

Janice earned her degree in Elementary Education at Brigham Young University. She spent her summers working at Arden Dairy. As could be expected in the midst of all that cheese, she met the love of her life, Don Durrant, while he was on leave from the Air Force. She married at the age of 21 in the Salt Lake Temple in 1952, immediately moved to Texas where Don was stationed, and gave birth to her first son, Don E. (Carol) about 9 months later.

3 years later they were transferred to Anchorage, Alaska, where her second son Dale Alan “Ernie” (Lesli) was born, as well as another stillborn child, who is buried in Alaska. While in Alaska she took flying lessons at the request of her husband. Their next transfer was to Montgomery, Alabama, where her last son David Owen (Lynette) was born. Janice started her teaching career in Alabama. Don was called to duty in Saudi Arabia and Janice and the children moved back with her mother in Ogden where she continued to teach.

Don retired from the Air Force and they moved to Morgan, Utah. Janice transferred to Morgan Elementary and began her 28 years of teaching there in 1968. Many of her grandchildren had the opportunity to have her as a teacher as well as many members of the community. After she retired from teaching she served missions in Spokane, Washington, Thailand, and Salt Lake City, Utah.

Growing up during the Great Depression, Janice learned an appreciation for hard work and frugality, and later taught her children and grandchildren the importance of work. She always had a job in mind and was happy to pay for a job well done. She also deeply valued family. She put a tremendous amount of work into compiling family history records and other genealogy work. She hosted many holiday get-togethers and dinners.

She is preceeded in death by her parents, husband, brothers, child, and most recently grandson, Donny. She is survived by Don (Carol) Durrant, Ernie (Lesli) Durrant, David (Lynette) Durrant, 14 grandchildren, and 29 great-grandchildren.

Special thanks to all who cared for our mother and grandmother, including workers and volunteers at the Family Tree and the hospice nurses and doctors.

To order memorial trees or send flowers to the family in memory of Janice Durrant, please visit our flower store.