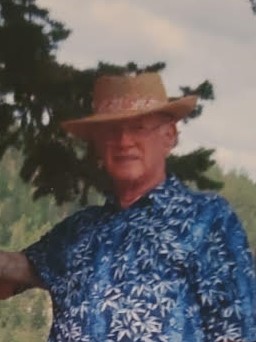 Jim was born at a difficult time in our nation's history as well as his family's. His mother Bawn died at age 31 when Jim was only 6 months old. He had to fend for himself from a young age as his father worked hard to raise 4 children through the10 year great depression & various diseases.

In 1948, Jim joined the United States Navy at age 17. WWII was winding down & he served at the beginning of the Korean War. While stationed in San Francisco in 1950 he met & married Elaine Munsee on June 2, 1951. They had two children, Saundra (Sandie) & James Edward Smith II (Jimmy). They were married for 39 years until Elaine passed away in 1999. They were sealed in the Ogden Temple in 2003.

Jim moved from Bountiful, UT to begin a new life as a widower & farmer on his 7 acres in Porterville, UT.  He also kept a little boutique, Country Heartbeats, that his wife & daughter started on Commercial Street in Morgan running for several years.

Jim fell in love with & married Doris Jean Hauck from Indianapolis on July 27, 2006. They were blessed to spend 14 years together on his farm. They loved the deer, foxes, turkeys, raccoons & even the skunks that visited them almost daily. They loved being snowbirds together every winter in Mesa, AZ.

Dad was never happier though than being on his tractor & wearing his straw hat.

Jim was preceded in death by his wife Elaine, son Jimmy, parents, 3  siblings & one grandson, Dylan James Phillips.  There was a grand reunion waiting for him on the other side.

A small funeral service will be held at Walker Mortuary for family & close friends on: Friday, Jan 8, 2021 at 12 noon.  A viewing will be one hour prior to services.

Live Streaming of the services will begin at noon.

To order memorial trees or send flowers to the family in memory of James Smith, please visit our flower store.