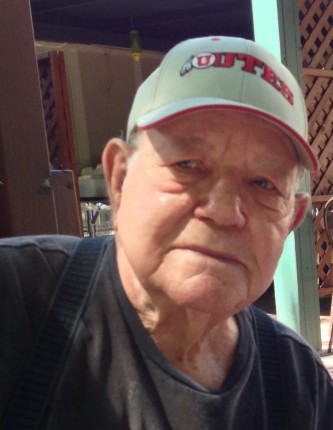 Grieving since the death of Herman on Good Friday, today, April third is a celebration of his life.  Herman lived his life and surpassed the average age that a male born in 1929 is expected to live.

Born of Irish ancestry, if Herman was a flower he would have most resembled the Bellis perennis, also known as the “daisy” which is among the most distributed and beloved wildflowers of Ireland.  The Irish flower is white-petaled, yellow-eyed single flower.  Some Irish gardeners think the daisy as a weed, and it often makes itself at home without an invitation. However, the sight of a meadow, field, or lot filled with daisies is an unforgettable symbol of beauty and simplicity.  Almost all-Irish family has seen the most common wildflower popping up in cracks in the pavement, curbside, and other unkempt areas.  Herman and others like him have similar characteristics of the Bellis perennis.

Herman was also born a few months after the Wall Street Crash of 1929, which started a period known as The Great Depression, starting a worldwide economic crisis and lasting until the mid 1930's.  This period-of-time, no doubt impacted his mom and dad.  However, Herman was too young to remember the Great Depression, and spent his income like there would be no tomorrow, and tomorrow came-and-went for 88 years.

Today his three legacies, his daughters Pamela Tominaga and Debra Cole, and son Herman Jr., continue to live his life and legacy.   A life he would be proud of and a life he made possible.  Herman was even more proud of his grandchildren and tried to spoil them whenever he could.  His grandchildren, Gabbi, Kyler, Naoki and Hiroki also continue his legacy and are a success because of Herman - Bellis perennis.  His grandchildren gave him a second chance on being the father he never fully was to his three children.

Rest in peace, Herman.  Eternal rest grant unto him, O Lord; and let perpetual light shine upon him. May his soul, and the souls of all the faithful departed, through the mercy of God, rest in peace. Amen

Herman Allen White Sr., born December 29, 1929 passed away on Good Friday at the age of 88, a fitting age to pass if there is such a thing for an Irish-American Catholic.  He is survived by his loving and caring wife Michiko Mary White, his three adult children, Pamela Tominaga, Debra Cole, and Herman White, Jr. and four grandchildren.  He is also survived by a dog he adopted, Buddy, who was his constant companion and will be moving to California.  He is the last of the White siblings from Irene Kelly and Herman White.  The family worked the railroads in Ogden, Utah and also did carpentry work in Park City, Utah.

He loved his three children, Pamela, Debra, and Herman Jr. and was proud of their accomplishments.  Herman wasn’t able to go to college, but his three children went to college.  He loved being around and taking care of his four grandchildren, Gabrielle, Kyler, Naoki and Hiroki, and would often visit with them when they were growing up in Northern California. The grandchildren called him Utah Papa.

He will forever be remembered as a husband, father, grandfather, and U.S. Air Force Veteran.  He enjoyed serving as a volunteer in the Salt Lake City Veterans Administration Honor Guard and honoring those who also served the U.S.A. You could often find him hanging out at the VFW Lodge and American Legion Lodge.  He loved Japan where he spent the majority of his U.S. Air Force career and met the love of his life Michiko, he loved her companionship and cooking to the end.  Given all of life’s challenges, the love he shared with Michiko was special and enduring.  When out having fun, he loved to play the tambourine and pool with his friends at the bar.  He stopped over at many cities and drove Interstate 80 from the west coast to the east coast and was a fan of road trips.  A road trip while living in Japan to Mt. Fuji when the children were young is fondly remembered.  He started a family tradition of having midnight snacks. The family would have a midnight snack of gyozas (Japanese pot stickers), which is remembered with fondness.  During this special time he would wake up the family at midnight to eat the gyoza that Michiko (aka okasan or mom) cooked along with some popcorn.

All his favorite foods were at the Chuck-A-Rama Buffet in Salt Lake City, his favorite meal-time was breakfast, and his favorite food was pot roast.  Throughout his life he enjoyed smoking and drinking, and often drinking in excess, both of which his two parents enjoyed in excess, too.  After realizing the pains and suffering in his life and the true joys and treasurers of life, he regretted the smoking and excess drinking.

He was not without fault and vices in his life, and given all he had, he did his best to live life and take on the challenges in raising and providing for his family.  He is loved and remembered by many and will always be in the hearts and minds of those he touched.  He is now at rest looking over those he cares for and enjoying a beer in moderation.

In memory of his life and service, a donation can be made at the Veterans of Foreign War - www.vfw.org

To order memorial trees or send flowers to the family in memory of Herman White Sr., please visit our flower store.