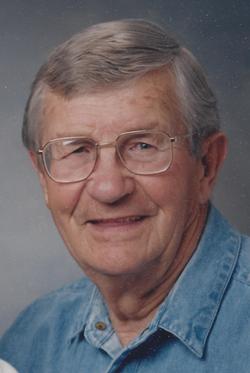 He served in the U.S. Army in World War II as a tank commander in the 16th Armed Division under General Patton. He retired from Hill Air Force Base as the Director of Morale, Welfare and Recreation where he was instrumental in the development of the golf course, recreation center, rodeo arena, FAMCAMP, Hobby Shop, Bowling Alley, Library, gymnasium, swimming pool, child care center, theater, youth center little league and regular ballparks, Hillhaus at Snow Basin and Carter Creek in the Uintahs. One of his favorite hobbies was doing leatherwork. He enjoyed hunting, fishing (especially at Greys River Wy.), snowmobiling, camping, working in his garden and going to the cabin he built in the Uintahs, but most of all he loved his family and supported them in all of their activities.

Memorial services will be held on Thursday, September 18, 2014 at 11 a.m. at the Milton Ward Chapel, 1255 N. Morgan Valley Drive, Milton. Visitation will be Thursday, from 9 to 10:45 a.m. at the church. In lieu of flowers, please donate to your favorite charity.

To order memorial trees or send flowers to the family in memory of Harold Orton, please visit our flower store.