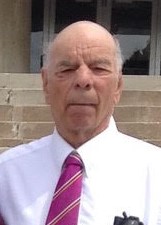 At the young age of 3 his father was killed in a hunting accident. At the age of 6 his mother passed away due to complications of pneumonia leaving him to be raised by his grandmother Adeline Dearden Bunot and his uncle Wilber.

Guy grew up hunting and fishing for his supper and recreation, he rode the Park City train to get other essentials monthly.  They did not have a car for many years.  Guy was very athletic and enjoyed playing basketball for North Summit, and throughout his life basketball season was very important to him.  March madness truly described the atmosphere as he tried to watch as many games as possible.

He served in the Air National Guard for a time and went to Dixie College before he started working for the Union Pacific Railroad with his uncle.  He worked at Little Valley working on the causeway for the Great Salt Lake.  Guy also went to work for Ideal Cement Company and worked in various positions for 38 years.  He finally retired after the new plant was constructed.

Guy met and married C. Lucille Robison. Together they had three children and raised them in Morgan.  They were later divorced.  Some memories his children have are spending summers swimming at Como Springs, riding motorcycles and winter sleigh rides. Guy enjoyed retirement and being able to stay up late for those late ball games.  He enjoyed reading science based books and magazines.  He also liked to garden and have his kids and grandkids help plant and take care of a garden year after year.

Guy was proceeded in death by his parents and a great grandson Everett Skidmore. He is survived by his children Tori Roseman, Toni Call and Burke (Janalene) Roseman.  He has 8 grandchildren and 2 great grandchildren.

To order memorial trees or send flowers to the family in memory of Guy Roseman, please visit our flower store.