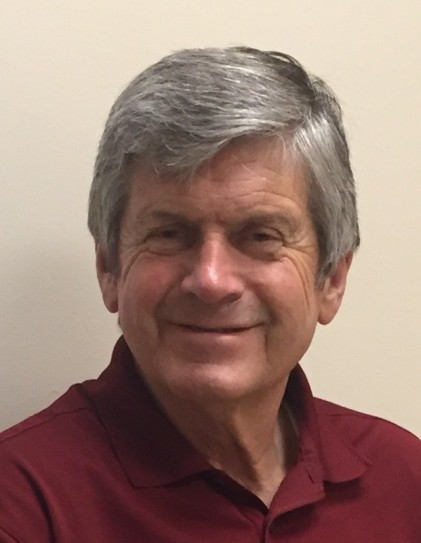 Gregory William Smith was tenderly and lovingly carried to the edge of mortality by his family at his home in Mountain Green, Utah, where he stepped peacefully into the eternities. Our pillar of strength, courage and love departed Saturday, July 23, 2016 after a courageous battle with Stage IV Melanoma.

Greg was the eldest son of A. Kent Smith, deceased, and JoAnn Lovell Smith.  He grew up in Sunset, Utah and later moved to Mountain Green the Beautiful, where he graduated from Morgan High School in 1970.  The oldest of 8 children, Greg learned responsibility and how to work at an early age. He graduated with honors, became an Eagle Scout and after attending BYU for a year, Greg served a mission for the Church of Jesus Christ of Latter-day Saints in Ecuador, South America from 1972-1974.  After returning home, he attended Weber State and in 1975 was married in the Salt Lake Temple to Deborah Ann Potter. In February of this year, they celebrated 41 years of marriage, and are the proud parents of six wonderful children and nine beautiful grandchildren, the loves of his life.

Greg began his career as a young boy of 11 working with his uncles for his father, A. Kent Smith, in the construction industry. Because of his keen attention to detail and his unique ability to work with wood he has become one of, if not THE finest Master Finish Carpenter in the state.  Greg owned his own business, Greg Smith Construction, Inc., and left his mark of perfection in hundreds of homes throughout Northern Utah. He taught his four sons his trademark quality along with the importance of hard work and excellence.

Greg’s beautiful resonant bass voice was legendary in his church and community.  He sang for over 30 years in choirs in the Ogden area that Evelyn Harris conducted, including the Ogden Community Choir and the Weber State Alumni Singers with his wife, Debi.

In 2004, Greg and Debi were called again to serve a Church Welfare Service Mission to Cordoba, Argentina for 18 months as Employment Specialists where they helped teach the people how to find employment. This was one of the highlights of his life and the associations and friendships that were made there will last forever.

Greg has spent his 63 years serving in the many Wards and Stakes that he has lived in and has enjoyed serving as Elders Quorum President, High Councilman, Home Teacher and the 11 year old scout leader.  He believes that youth are the great leaders of the future and is proud of the young men they have become.

Greg has always loved motorcycles and his dirt bike gave him many years of enjoyment blazing trails in Mountain Green.  Later in life, his family became his traveling team of supporters as he raced the Best in the Desert series many years in succession along with the Baja 1000.  He also enjoyed touring on his BMW motorcycle and enjoyed many road trips with his brothers, uncle, son and father. Greg loved skiing and snowmobiling, and his family has many cherished memories of their trips and vacations with their Dad.

Greg is survived by his eternal companion, Debi, his children, Jed (TomiLee); Jessica (Dereck) Hobbs; Logan (Amanda); Lacey (Ryan) Parks; Jordan (Rebecca); and his nine grandchildren: Evin, Temperance, LayLand, Sawyer, Sonora, Rafe, Finn, Milo and Moira. He is also survived by his mother and siblings: Rodger, Stuart, Bret, Bart, Kirk, Matt, and Suzanne Heaton. He is preceded in death by his son, Landon, and his father.

Services will be held at the Morgan North Stake Center in Enterprise, Utah at 2755 W. Old Hwy Rd. Saturday morning at 11:00 am with viewings Friday evening from 6:00 to 8:00 pm and prior to the funeral service Saturday from 9:30 to 10:30am. Interment will be at the Mountain Green Cemetery.

The family wishes to express profound thanks and gratitude for the overwhelming outpouring of love and support during this unbearable loss of our husband, father, brother, uncle, nephew, cousin, son, grandfather and friend. Grateful thanks to Intermountain Homecare and Hospice for the care, guidance, grace and dignity our loved one received. In lieu of flowers, donations can me made to the Intermountain Foundation Homecare and Hospice, 11520 South Redwood Road, South Jordan, Utah, 84095.

To order memorial trees or send flowers to the family in memory of Gregory Smith, please visit our flower store.