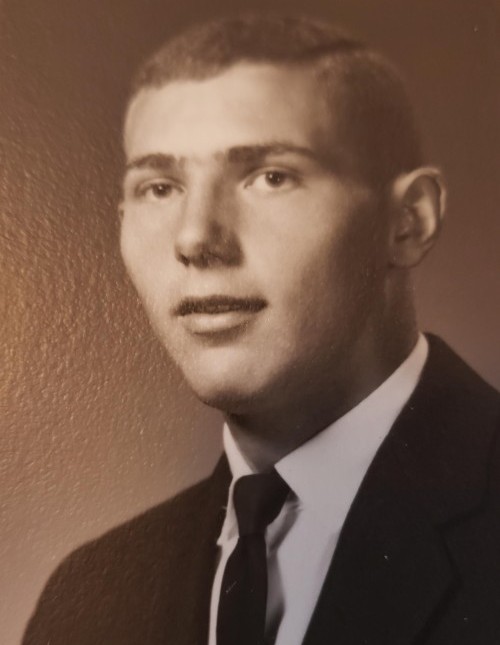 Gregg D. Virgin returned home to his Heavenly Father on October 30, 2020 after a month-long battle with pancreatic cancer.  Gregg was born March 3, 1949 to Don and Dawn Virgin in Rexburg, Madison County, Idaho and was the oldest brother to Mike, Wendy, and Marcy.  He grew up in Sugar City, Idaho until the family moved to Tremonton, UT for two years where he attended Bear River Junior High. He was active in sports and learned to play the coronet. The family returned to Sugar City, Idaho where Gregg started high school at Sugar Salem High.  He loved sports and excelled at track, football, and basketball where he set many records and received a scholarship to Ricks College, earning his associates degree.

Gregg had a strong work ethic from a young age. He helped to lay pipe, haul hay, worked in potato fields, and assisted his Grandpa Thomas on the family farm. Gregg earned his Associates degree and served a faithful mission in the Northern Germany Mission from 1969 to 1971.  Gregg attended BYU after his mission and was majoring in Microbiology when he met the love of his life, Kay Ducceschi. They were married in the Idaho Falls Temple on June 10, 1972 and together they raised four wonderful boys, Shane G., born August 23, 1973,  Christopher Michael, born January 19, 1978, Jonathan Wayne, born August 10, 1984, and Bryan James, born March 30, 1990.

The family moved to California in 1975 where they resided in Walnut Creek, later moving to Concord, and Antioch. Gregg worked selling electrical supplies, selling cars, and measuring for carpet and flooring. Gregg loved to talk and interact with people from all walks of life, and was an assistant coach for track at Ygnacio Valley High School. Gregg was faithful in various church callings and devoted to his family. He was particularly proud of his grandchildren Nathan, Julia, and Nicholas. In 2017, Gregg, Kay, Christopher, Jonathan, and Bryan moved to Utah to be closer to family. The family settled in Morgan where they loved their new community. Gregg worked for Kimberly Clark until his passing. Gregg found joy in his family, friends, and faith. He was preceded in death by his wife Kay, his sister Marcy, parents Don and Dawn Virgin, and in-laws Ralph and Julia Ducceschi.

Interment will be at the South Morgan Cemetery

To order memorial trees or send flowers to the family in memory of Gregg Virgin, please visit our flower store.