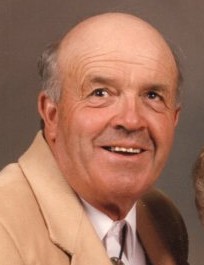 He grew up in Coalville, graduating from North Summit High School Class of 1949 where he participated in choir, boys council, basketball, football, track, and FFA.

He married his high school sweetheart Lola Hobson on October 4, 1950. They were marred for 52 years. She passed away in January 2002. He later married Emma Green. He served in the Army during the Korean War. He was a sheepherder. He worked at Devil Slide as a burner. Owned and operated the Evanston Wyoming Taco Time until he retired.

He enjoyed his time on the mountains Chariot Racing, Arrowhead hunting, and fishing.

He and Lola spent the winters in Quartzsite Arizona. Where they made many life long friends.

We would like to thank Emma for taking care of Dad these last few years as his health declined. Also thanks to the staff at Family Tree, and Cory Blonquist his nurse from Encompass Hospice.

Interment will be at the Hoytsville Cemetery with Military Honors.

To order memorial trees or send flowers to the family in memory of Gilbert Neal Staley, please visit our flower store.