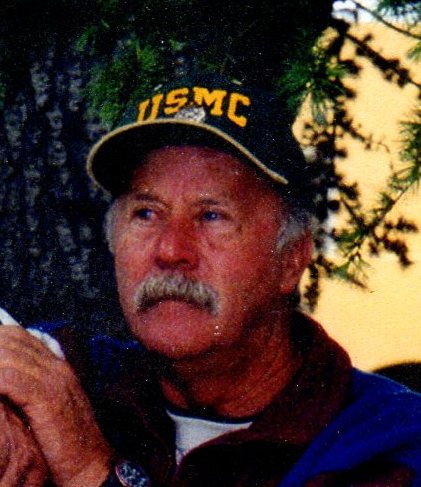 Gerald Vern Allen, 77, passed away April 28, 2016 in Santa Clara, Utah. He looked up the long trail at the high mountain standing before him.  He knew it was going to be a tough climb.  He had made it before, but this one was different, he had an appointment first on the other side.  In slowly reaching and starting down the other side, he held out his hand to the angel standing before him.  He had kept his destined appointment.

We lost a kind and gentle soul to the illness of cancer, in the early morning hours of Thursday, April 28, 2016.  He was our father, Uncle, Grandfather and brother, he was our friend.

Gerald Vern Allen (Jerry) was the first son of two boys and six girls.  He was born on May 24, 1938 to Vern Herbert Allen and Lillian Bessie Combe.

As a youth, he was raised in the Ogden Area, but with relatives in the Morgan Area, that’s where he spent his time.  He loved his Uncle Gale Allen and his Aunt Nell Allen.  He worked with them on the ranch helping with the mink and Gale’s horses.  Gale and Nell was his second family.  He loved them. His school time was spent between Ogden and Morgan.

Jerry didn’t have much free time, but that was because it was spent hunting and fishing.  He loved the outdoors.  He soon became good at fishing and hunting.  He always caught the biggest fish and harvested the biggest deer with the best rack.

About this period in Jerry’s life, his attention was drawn to a young lady by the name of Peggy Porter.  That being very natural because her father was the game warden at that time.  Love blossomed and they were married in October of 1958.

Jerry enjoyed the camping and fishing trips with family and friends.  He loved the time at the end of the day sitting around the campfire and enjoying the exchange of stories of the experience of the hunt.

Jerry was such an outdoorsman that he was called as Scoutmaster for the Milton Ward.  He said that this was indeed his true calling.  He loved teaching the skills necessary for the boy’s to earn their merit badges.  Many of these boys became Eagle Scouts from his teachings.

In 1981, Jerry and Peggy went to the Salt Lake Temple and received their endowments.  Time went on and later they were divorced, but they remained good friends thru the years. Jerry’s response to this was, we don’t always get what we want when we think we need it.

It was about this time that Jerry and his brother Vern decided they were going to Idaho to mine for gold.  If they found it, they didn’t say. He found his gold elsewhere. Jerry’s greatest gift was his family and friends that he made.

Graveside services will be held Tuesday, May 3, 2016 at 12 noon in the Milton Cemetery.  Friends and family may call at the Milton LDS Church Tuesday from 10 to 11:30 a.m.

To order memorial trees or send flowers to the family in memory of Gerald Allen, please visit our flower store.