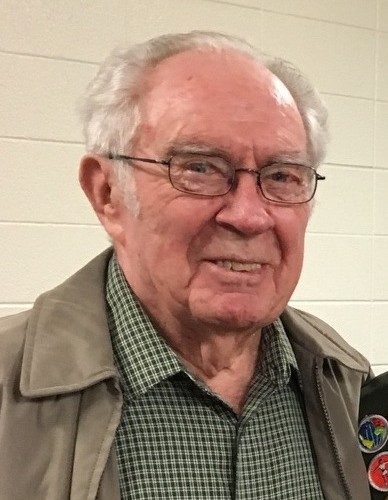 He married his high school sweetheart, Gwen Porter on May 3, 1952.  They started their married life in Ogden where he worked for Continental Bakery.  Eventually, a job opportunity with First National Bank brought his family back to Morgan.  He retired after 40 years of employment.

George was very active in the community, serving in many capacities including the Morgan Lions Club, United Way, City Councilman and Mayor.  He was the MC for many community programs.

He loved his family and enjoyed spending time with them.  He loved to golf, hunt, fish, camping in the Uintahs and when they had their pool, he loved to take a little swim.

Together, George and Gwen enjoyed many vacations throughout the world.  They served a mission for the LDS church in Singapore and also served as Temple Square ushers.   Many lives have been touched by their compassionate service in the community.

In lieu of flowers, the family suggests a donation to the American Cancer Society.

To order memorial trees or send flowers to the family in memory of George Francis, please visit our flower store.