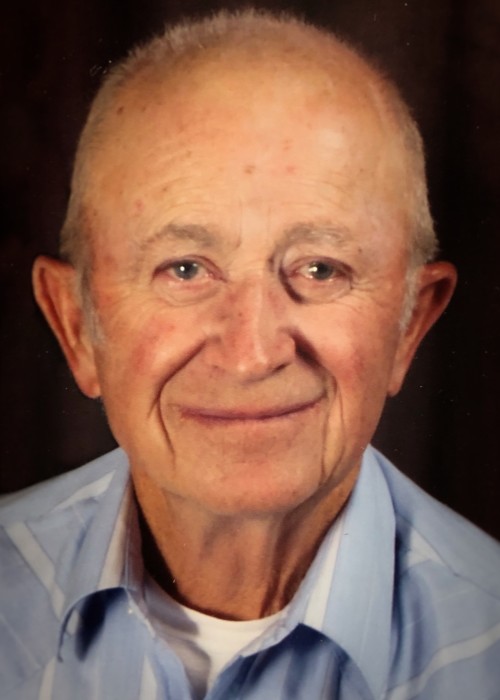 George Earl Bennett beloved husband, father, uncle, grandpa, and great grandpa passed away peacefully at his home surrounded by family. George grew up in Porterville, Utah and enlisted in the Marine Corps on 25 January 1952 and served for 3 years, during his service to the country he deployed for 1 year and 10 months in support of the Korean War. He was honorably discharged from the Marine Corps in 1955 and returned to Coalville where he married Renee and raised 4 kids. After his military service he worked for 42 years at Devil’s Slide and retired in 1993, he was awarded Ideal Cement’s safety award for 42 years of service without a disabling injury.

George was passionate about his kids, nephew, grandkids, and great grandkids and loved to take them on road trips, fishing, to the swimming pool and just sit around and talk for hours. He taught them how to fish, shoot, drive, refinish furniture and many more things but above all he taught them how to be a better person. George was never a man seeking status, but more so about teaching you how to love the life you have. He was a genuine man that loved everyone. He was well known for his character and could talk your ear off, keeping you entertained for hours. George was always surprising you with what he would say and his sense of humor lasted until the last minute.

After retiring, refinishing and rebuilding antique furniture was how George kept busy and he was very good at what he did. Many friends have enjoyed pieces of his work over the years. His other hobby was trips to Fort Hall and Wendover with friends, he often spoke about the good times he had during these trips.

George is survived by his wife of 62 years, Renee, their children; Terrie, Lanny, Earlene, and his nephew Kray. His grandkids Jeramy, Brittany, Katie, Candace, Shawn, Kambry and Kenden. His great-grandkids; Katie, Madeline, Nikalaus, James, Kayshia, Seth, Bentley, Brayden and Jakob. His sisters Lola, and Mildred and his brother Loyle.

The family would like to thank Corey Ann Blonquist and Jennette Vernon for the support and care they gave George until the end.

A viewing will be held at Walker Mortuary in Coalville, Utah on Friday January 19th from 6-8pm.

To order memorial trees or send flowers to the family in memory of George Bennett, please visit our flower store.