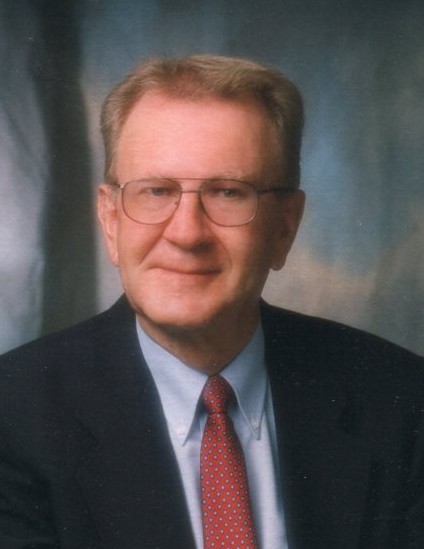 Garth Wood Wilkes, 81, passed away quietly surrounded by family on August 16, 2016.  He was born on March 3, 1935 to Russell and Ila Eliza Wood Wilkes in Afton, Wyoming.  He was the youngest of four children.  He grew up on a farm in Bedford, Wyoming where he learned to love the outdoors.  He had a deep love for the Star Valley area and always considered it home.  He was an elder in the Church of Jesus Christ of Latter-day Saints.

He graduated from Star Valley High School in the spring of 1953.  He attended the University of Wyoming for one year and then transferred to Utah State University and graduated in 1958 with a Bachelor of Science degree in Business and Social Sciences.

He began his teaching career in 1958 at Fielding High School in Paris, Idaho where he taught various Social Science Classes.  In the fall of 1962 he moved to Morgan, Utah where he continued his teaching career at Morgan High School.  He taught history and political science classes for twenty-five years, retiring in 1987.  While at Morgan High School, he served as an advisor to the Ski Club, National Honor Society, and as a class advisor to many of the graduating classes.

He married Eleanor Rich on August 4, 1962.  They had three children – Cynthia, Jeffrey, and Kimberly.  They were later divorced.

Besides his teaching career, Garth worked for twenty-two years as an insurance agent for Farmers Insurance Group. He enjoyed meeting new people and serving members of the Morgan community as their insurance agent.  Summer and part-time jobs included working for Milne Trucking Company, Ogden Standard Examiner, and serving as Justice of the Peace Pro Tem.  He was also a member of the United States Army Reserve receiving an honorable discharge in 1963.

Garth loved spending time with his children and grandchildren and with his dogs, Moose and Lilly.  His favorite place to be was at his home in Bedford where he spent his time fishing and hiking in the beauty and solitude of Star Valley.  His hobbies included, skiing, fishing, golfing, and participating in politics.

He is survived by three children, Cynthia (Allen) Chambers of Syracuse, Utah; Jeffrey Garth (Sheri) Wilkes of Santa Clara, Utah; and Kimberly Maxfield of Syracuse, Utah; one sister (Thelma Card); eight grandchildren; and three great-grandchildren.  He was preceded in death by his parents and two brothers Kay and Lynn.

Interment will be at the Bedford, Wyoming cemetery on Saturday, August 27th at 2 p.m.

The family wishes to thank the staff and caregivers at Apple Tree Assisted Living in Kaysville and at Inspiration Hospice for their kind and caring service.

To order memorial trees or send flowers to the family in memory of Garth Wilkes, please visit our flower store.