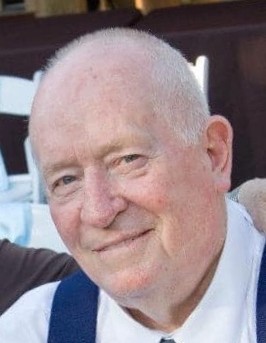 Our loving Father, husband, grandpa and friend, Joseph Fred Heywood, 83, passed away on Monday, May 20 2019 to join his eternal companion that he missed so dearly the past few weeks. Some say that you can’t pass from a broken heart, his family knows otherwise. He was born the youngest of four children, in Panguitch, Utah on August 8, 1935, to Edgar True Heywood and Clara Fulton Syrett.

He graduated from Panguitch High School, where he excelled in athletics, particularly in basketball, baseball and track.  He received a basketball scholarship to Dixie College, where he played for two years. Later he attended Barber school, and became a business owner, barbering at “Oquirrh Hills Barber Shop”, which he owned and operated for over 40 years.

It was in St George he met and married his sweetheart, Rita Rae Webb.  They married on June 24, 1955 in the St. George Temple. They lived in Cedar City and Salt Lake City, before settling in Granger, Utah (now West Valley City) where they built their only house, and raised three sons, Kevin, Thomas, and Klinton and one daughter, Kassi. They also opened their hearts and home for years to raise and nurture other children, including Diana, Susan, Bertie, Sadie, Larry, and others. Leading to serving as president of the Utah Foster Parent Association.

Fred was gentle, kind, forgiving and saw the good in everyone. In his prime he was an incredible athlete at multiple sports; basketball, baseball, running, pole vaulting and high jump, were his love. Later in life he turned this passion into a hobby by watching and/or attending any sporting event. Another favored pastime was watching his children and grandchildren perform in musicals, concerts, and sporting events. He loved growing up on a farm. Singing and milking the cows provided him a love of music. Dad could sing songs from Salt Lake to Pangutich without singing the same song twice.

For many years he sang with the “Swanee Singers- Male Vocal Group” and volunteered countless hours alongside his wife, Rita, at the Jordan Valley Hospital. He volunteered at the schools, serving as PTA president, among other duties.

Fred was an active member of The Church of Jesus Christ of Latter-day Saints. He has an unwavering testimony of the gospel, loved genealogy, sharing countless stories and instilling a foundation in the Heywood family. He served as stake Sunday School president, establishing the “Sunday School Family Presentation” program that was adopted by church leadership and implemented throughout the church for many years. He served faithfully as a member of the Seventy, high councilman, Elders quorum presidency and in many additional callings.

He was preceded in death by his sweetheart Rita Rae Heywood, his siblings Kenneth Heywood, Louise Ott, and Keith Heywood.

Much appreciation goes to family, friends, The Family Tree of Morgan staff, and Walker Mortuary for the loving care given to family at this time.

To order memorial trees or send flowers to the family in memory of Fred Heywood, please visit our flower store.