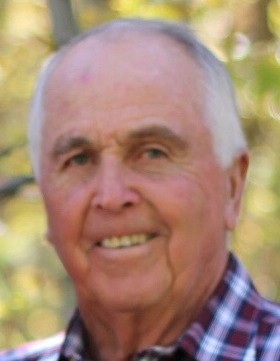 On Thursday, June 4, 2020, Frayne Willas Spens returned to his Heavenly Father with his loving wife Dana Spens by his side.

Frayne was born on July 1, 1944 to Fairel and Edna Spens, in Moroni Utah; he was their fourth child of nine. Frayne married Dana K Salmon on April 22, 1966 in the Salt Lake Temple. Together they raised seven children, five boys and two girls.

Family meant everything to Frayne. He enjoyed his time with the family and told many stories about them. Frayne was a very proud father and grandfather. He enjoyed every moment he got to spend with his family, whether it be working, camping or playing games.

He was his family’s biggest supporter; you could often find him on the bleachers or sideline of many ball games, cheering his family on.

Frayne had a passion to serve others. He was always willing to help and everyone knew they could count on him.

Frayne was a general contractor and a master craftsman. He had his own business from 1971 until he retired in 2019. At that time, he turned the business over to his sons.

Frayne was a dedicated member of The Church of Jesus Christ of Latter Day Saints. He held many callings and loved each one.

Frayne was preceded in death by his parents, Fairel and Edna Spens, his sister, Sandra, his brother, Joel, and his in-laws, Robert and Gloria Salmon.

To order memorial trees or send flowers to the family in memory of Frayne Spens, please visit our flower store.